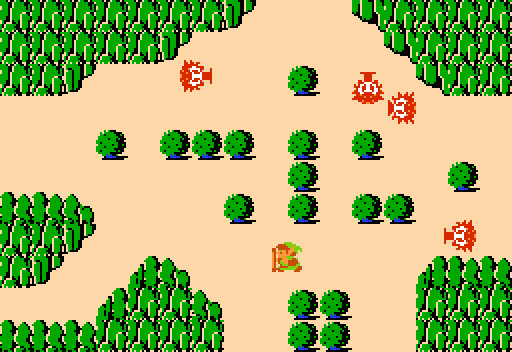 Overview Feature Quest
Information
A classic NES-style quest with some LttP influences such as SNES/ZC-specific items, trial caves, multi-floor dungeons, side-quest dungeons for special items, and an Underworld approximately half the size of the Overworld. Also includes additional L2/L3/L4/L5 modified enemies, 3 new custom dungeon palettes, and a wide selection of new music ranging from rearrangements of LoZ/AoL/LttP classics to other medieval/RPG-styled games.
< >

Description
The Third Legacy is primarily based around the classic NES style of gameplay, meaning that while there may be some obscure secrets and item-based obstacles, there aren't any exceedingly convoluted puzzles or other devious trickery meant to stump the player for days on end. Progressing through the quest should be relatively straight-forward, in as much as the original NES game was ever straight-forward. In this regard, I've tried to make the quest accessible to players who may be familiar with the first 2 quests but new to custom quests, as well as players who've been custom-questing for a while.

Outside of this progression, however, are 3 Treasure Vault side-dungeons, 1 for each of the first 3 segments, in which you can gain powerful items - if you're willing to fight tooth and nail for them. These are optional, but highly recommended, as the items will significantly aid you for quite a while after attaining them.

The following are a few of the most significant highlights. A full list of detailed changes can be found in the text file. Now requires ZC 2.53.0 R2 or later.

Gameplay:
* Wizzrobe Summoners limited again. These enemies now use a scripted system to restrict their total summons to an average of 8-12 per room, depending on summon type. As before, this is a primary reason for the v1.2 update.
* Some enemies with high HP and speed given minor reductions.
* Most Underworld enemies can be 1-hit-killed by reflected magic.
* Some magic-consuming enemies can drop magic-refilling fairies.
* Gleeok (Normal/Fire) can be damaged by Silver or Gold Arrows.
* L3 Leevers no longer hide underground in rooms where killing all enemies is required.
* L5 Darknuts never return after death.
* Bombchus use Super Bomb explosions on contact [requires ZC 2.53.0 RC2].
* All enemies that previously blocked Cane of Byrna beams now ignore them.

Unfortunately, due to core changes in scripts and functionality, save files from previous versions are not compatible with this update.

The following are a few of the most significant highlights. A full list of detailed changes, including specific enemy and item stats, can be found in the text file.

General:
* Multiple levels (DMaps) now compiled into single maps. Previously, each DMap had its own corresponding map; now, anywhere from 2 to 4 DMaps (and in one case, 7 DMaps) have been placed within single maps, using DMap offsets to replicate the original positioning. As a result, the map count has been reduced from 44 to 16, and the file size decreased by 599K. (This is strictly a matter of file organization and has no effect on gameplay.)
* MIDI file information reconfigured to display proper credits and instrumentation in "Quest MIDI Info..." listing.
* 2.50.2 compatibility confirmed.

Gameplay:
* Wizzrobe Summoners limited. This is the primary reason for the v1.1 update. Previously, a single Summoner had the capacity to fill a screen to its 500-enemy limit, resulting in an incredulous flood of enemies if not dispatched immediately. Now, by modifying a series of Wizzrobe Bat Summoners to mimic the original Summoners, 40-enemy limits have been enforced on all summons, resulting in far more manageable challenges and far less system strain. Additionally, a number of summons have been weakened in a variety of ways, whether by moving slower, firing less projectiles, having less HP, splitting into fewer children, or becoming normal splitters rather than tribbles.
* Underworld difficulty level considerably decreased. It seems most players aren't into chaotic finales like I am, therefore the final third of the game has undergone major changes to keep the difficulty increase at a ramp rather than an exponential curve. Most enemies have had HP reductions between 15 - 40%, others have had step speeds slowed and attack damages decreased, and almost all enemies now have an adequate chance of a 3-heart drop upon death. Additionally, a majority of bosses from the second half of the quest have had HP and damage reductions (the BS-Zelda bosses in particular), and some now have new weapon weaknesses.
* Implemented Lejes' Fire Trail reduction script to reduce flame duration for fire-dropping enemies. Fire Zol flame duration reduced from over 10 seconds to under 6 seconds, now leaving a maximum of 4 trails behind them. Rooms with fire-dropping Patras vary from 4 to 8 seconds.

1) The ___ Dungeon is directly above the Desolate Dungeon.
2) Winds can sometimes disrupt desert ___.
3) Gold and Silver are said to reside at the peak of the ___ mountain.
4) Much to RedmageAdam's ire, a ___ ring has been made available in Ganon's Palace.

VGMusic: MIDI archive. (Full credits in text file.)
PureZC Editor Help forum crew: For the quick replies to my ZQuest newbie hang-ups, and for being one of the best help forums I've ever used.
Armageddon Games: For making the most addictive game editor ever.

Nintendo: For something-or-other. Can't remember exactly what at the moment.

Posted 13 June 2020 - 08:31 AM
I hadn't played any videogames in years but the pandemic brought on boredom and I found myself nostalgic for old school NES. I remember using ZC years ago and found it was still actively developed with plenty of new custom games so I gave it a try.
I chose this game at random because it seemed to have been recently updated and I could tell there was still interest in it from the creator and the players. I made a great choice with "The Third Legacy" as it delivered on the elements that made Zelda a classic. Playable with plenty of challenges, and balanced between looting and shooting. The overworld was large enough to keep me interested and the underworld was a nice feature that was new to me and increased my appreciation for the effort needed to create the game. My favorite part was the monsters. plenty of variety here with summoners causing havoc with digdoggers and darknuts when I was about to get bored.
I am giving this a 5 star rating because I do see myself playing this again and it helped me remember my old 8 bit skills which made this enjoyable.
I felt that this game really stepped up and delivered

Edited 27 February 2017 - 01:16 AM
The first 2/3rds of this quest is terrific! I read all the reviews and despite most everyone agreeing that the end is a problem, I decided to try anyway. They were right. The last dungeon is a summoner purgatory. Be warned. There's a lot to like here though, and I hope Lut makes another quest.

Posted 08 May 2016 - 01:03 PM
That was...something. I actually really liked it though the first 7 levels. It was challenging but fair, the levels were interesting and well-designed, I was on pace to give it a four for sure and maybe even flirt with a five. But the endgame, oh my the endgame. It was just too much. Between the path to underworld, the underworld, the underworld dungeon, and the final dungeon, it was literally hundreds upon hundreds of screens of button mashing. With all the powerups, particularly infinite magic, it wasn't hard, it was pure tedium. At one point I had the master sword, the level five! tunic (didn't even know there was such a thing), 99 bombs, infinite magic, Nayru's Love, Din's Fire, upgraded hammer, wand, book, longbow, gold arrows, master key, slash, all scrolls, all rings, and a five-use potion. Death was never even a remote possibility. I would just enter the screen, cast love, and simply start slashing/burning/firing away. After two straight hours of that my hands were tired, I was bored, I just wanted it done.

It felt like two different quests. The first one is really good. The second one I can barely take seriously. I don't know how you fix it other than just a lot of cutting, but man, those last two hours weren't very fun. It's still good overall which is what I rated it. 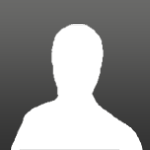 Posted 21 April 2016 - 05:01 PM
So, this had been sitting in my downloaded quest queue for a while. I saw it had updated, so I downloaded it again and played through it... Somehow or other, I ended up playing the original one without realizing, though.

Looks like the ending has been made a bit easier, but I don't think the changes would've affected my score very much - it was nowhere near a 5.

Anyway, overall it was really good, I thought, for what it was trying to do. It started out very classic and then progressed into lots of very high-powered fights. I wished that the difficulty curve had been a bit more level - my favorite portion of the game was right in the middle, basically the spider, fire, and ice dungeons. Especially the latter two. Those were super fun and well laid out. I also enjoyed the "optional" equipment dungeons - they were at about the perfect level of difficulty, I think, for what they were. I also especially liked how the magic upgrades were distributed one by one, and you had to gather them all up in a relatively short span of the game. Anyway, the whole middle portion of the game was really good. The beginning wasn't bad - basically your standard classic-ish stuff.

My main complaint was the ending. I think it dragged on a bit too long. By that point I could cast Nayru's Love for free - it just kinda turned tedious, ya' know? And crashing through all those summoners while nigh-invincible was certainly fun for a while. It was just pretty much impossible to lose at that point.

If I could make one change, I'd change it so that instead of getting infinite magic, you'd get the ability to turn rupees into magic as needed. That'd make the end game have a bit more strategy, while still maintaining the same flavor, I think. 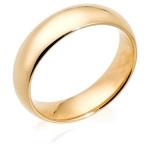 Posted 18 December 2015 - 09:01 PM
I totally agree with the two prior reviews by Eddy and Cyruscaine82. The first half of the quest was great - no real irritations for my playthrough, no balancing issues, no enemy spam - I give it 5 stars for the first half. I actually liked much of the overworld design, even the large desert.

The snowy/frozen area was kind of the turning point in the quest, and the second half became insanely difficult and drawn-out due to all the sword slashing needed to kill the overdone enemies. - 2 stars for the second half. The two halves average out to 3.5, but since the previous reviewers rounded up, I am going to round down to 3 in an attempt to balance things out. It's certainly worth a play, just be prepared for the jolt in difficulty halfway in and get all the "optional" items to make it through the second half.

While I appreciate the change that it lasts a bit longer, thus decreasing tedium, it's not really nerfed. In essence, the end game is probably still trivialised by this item. I can only assume that this is intended?

Since the quest was not locked (thanks, by the way.) I went ahead and made some changes ( https://dl.dropboxus...eed my eyes.png ) to make my playthrough a bit easier on my eyes. Consider updating the palettes a bit in the future.