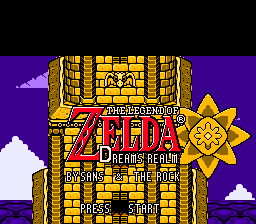 This is the new quest project that will follow the Cursed Treasure (Dark Treasure), and Mayath Island. The quest take in after Mayath Island and before Dawn of Seasons. This time this is a BIG project.

===========================
Story: Long time ago there was a ancient kingdom named Narkaze.
This kingdom was known for the sacred relic that keep the balance of the kingdom.
The source of it ancient relic is lies in the realm as it known as the Dreams Realm.
Many wars was been taken for this relic to take the power in the kingdom Narkaze. Many dies and many was disappeared without any traces...
But one day a ancient hero comes from the skies and slays down the Warlord Zokaro and gives back the light in the kingdom by restaured the Sun of Dreams.
Since then the Seven Sages create eight Instrument of Dreams and chooses to uses them to close the Dreams Realms forever and separates the instrument in 8 palaces.
But doing it... the Seven Sages sealed the ancient kingdom forever and the kingdom was now know as the Lost Kingdom...
When the balance will broken the skies will turns black and tsunamis will rage and typhoons will destroy countries and then... the world shall shatter into pieces.
Only the one who will gets 3 artefacts will open the door of the Lost Kingdom and will restore the kingdom and the balance.
The Choosen one will slays demons, and monsters.
Will the Choosen one will succeed before the world collapse into the destruction path ?
===========================
(Quest working in Zelda Classic 2.53 version. )

The music files is required to play at the quest.
Music files NEW: https://download1500... Demo Music.rar

Edited 23 June 2019 - 09:03 AM
Wow what a great demo its looks so beautiful and like the music cannot wait to see the full release great work !