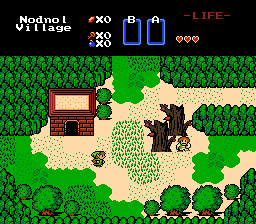 Overview
Creator: Eddy Status: Active Genre: Dungeon Romper ZC Version: 2.53 Project Started: 02 Jun 2017 Project Opened: 13 Jun 2017
Information
This project is going to be quite interesting for me as I will be attempting to remake my oldest quest on the database. The current name isn't final and I'll probably try to come up with something more original than "Legend of Link DX" in the future, but this is what it's at right now.

If you wish to be a beta tester for this project, send a PM to me or contact me on Discord. Note that the main beta testing phase will only begin once I complete the quest.
< >

Welcome to Legend of Link DX!

History:
This was initially a side project from AR3 back in 2017 where I attempted to completely remake and revamp the first quest I ever made on the database. I didn't get very far and went back to AR3 and finished that one instead, then another 2 years passed with nothing. As of mid April 2020, I decided to take a look back into this project and continue working on it with the first point of action being to redo the entire intro segment of the quest which I held off for a year or so.

Biggest Features:
- New graphics (FYS), giving each area from the original quest a bit of new life and not look so dull and bland.
- Non-linear gameplay. After completing the intro segment in the quest, the whole world becomes open to you. You will be able to access any of the 8 dungeons in any order and can also freely explore the full overworld if you wish. Completing dungeons allows you to open more shortcuts in the world for faster travel. The hardest part about this is the fact that the original overworld was so terribly linear that you just go in a straightforward path, so trying to open everything up is going to be quite a ride

- Shrines. A new addition to the original overworld and dungeons, there will be 8 shrines located around the world. Each of them are much smaller versions of dungeons (pretty much a 3x3 box). Upon completing each shrine, you'll get a key. 4 keys will be needed to get the first sword and armour upgrades, and another 4 will be needed for the next set.
- Completely new dungeons. After looking through the original quest file, the dungeons were all either horribly short, or just had awful layouts. This quest will have completely new dungeons, with better puzzles, challenges and more. The only things that will stay the same are most of the dungeon names and the general theme of each dungeon (if they had any).
- Difficulty scaling. A big problem right now is that you can complete any dungeon in any order and so there would not really be a "scale" of difficulty as you go from one dungeon to another with more gear and equipment. A solution to this is that dungeons will be coupled in four pairs. The first dungeon you find in the pair will be in an "Easy" state balanced around Green Tunic/Wooden Sword, and then the other dungeon in the pair will be in a "Hard" state balanced around Blue Tunic/White Sword. This can also work the other way round where if you find the second dungeon of the pair first, that will be "Easy" and the first one will be "Hard" instead. It'll be much easier to see this in practice rather than me explaining it, but I hope that makes sense