Created by: SkyLizardGirl - All the building, maps, landscapes, areas and dungeons of the game.
Scripts: Gathered by Mero and Zoria & Moosh & Rob with Mermaid Switching scripts, BigJoe for dungeon specific another script.
-----

Notice: ZC Engine to play the game can be found below here: <(You will Need 2.55 Alpha to Download - in Order To Play).
https://www.zeldacla...com/downloads/

https://www.youtube....h?v=XP6yyYyijDg
^How To Use Zelda Classic Player:

http://www.mediafire....Z%29.zip/file
^Quick.qst Download link: -If you already have the Music files: It's always updated same with the Main download file:
this is the latest .qst game file without all the music files. (Game Must Have Music Files However.)

-----
>Notice: Naming your save file: Mystical (It will grant you the Magical Comb item early from Level-5.)
It makes things a bit easier if enemies are badly hitting you. 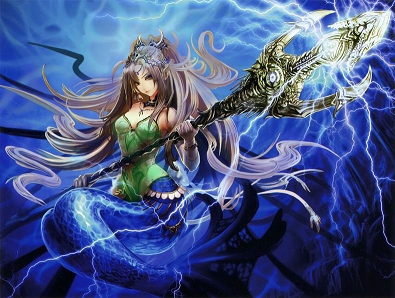 From vicious Beast-Dungeon Ship generals to Island armies to ancient creatures to mystical monsters.
Discover who's behind a plot, holding the Ocean-Tower's People hostage. All Residents / Landscapes within Harpian-Fields weigh boldly at your side.
New Nightmares of forces around all corners slowly torment with forbidden ancient curses yet to be reckoned with.
Only the hero of courage 'Link' can possibly save the Atlantian Kingdom hidden within' the island's tower.

Discover bizarre origins + untold relics about Hyrules Mysterious beginning.
Follow Old man 'Whimsical Wizard' as he helps guide you on your path along with the help of 'Princess of the Mermaids' 'Arianna' Giving Link the power to Switch places with her in battle and giving the player the ability to Discover 'hidden underwater secrets.'

Impossible never before seen bosses of the likes: Defeat all evil causes tormenting the ancient Ocean-Tower while helping those of Lost Atlantis. Help Link solve the mysterious landscapes while escaping a mysterious new unknown evil threat, pending certain doom set out upon the tower's plains.
(This quest takes place after Zelda Outlands.) -An Alternate timeline after Link's events.
This is one of Link's most mysterious hair-raising quests yet.

-----
The Story from the beginning:
-----
~Link is on his vacation, after taking on the mysterious Outlands.
He has been training at the swording technique complex to brush up on his warrior skills finally learning the Side-Slash.
It is time for him to leave and end his vacation at long last.
As he decides to head off on his trip home back to Hyrule, he notices a mysterious golden Lock-block blocking his way back.
..Link searches throughout the maze of gold locks the Complex owner has set out; to protect the vacation home against the monsters outside.

Along the way, Link is warned by an odd man in a cave to 'Beware of the Beach up North.' For Sailors and people visiting the beach have gone missing from the outside of these Out-lands.
He also warns of legends of Mermaids luring people in and dragging men out to the sea to drown them alive.

Link doesn't believe the man, thinking he's making up stories about the landscapes for tourists who visit here, But it is far from that..
Up North there is a tower with a stairway in Hyrule Outlands where Link can visit a Mysterious locked Museum-Tower where tourists are visiting and viewing a display at the museum.

However, .. when Link happens to encounter a mysterious 'Moblin monster', who he gives Link a Mysterious ancient book, things start to get kinda bizarre.
Inscribed as A Story within the pages;
(Mystical Harps) -Tales Of The Mermaids: The Book and stories within it, tell of a mysterious journey and doom at end. A spooky tale..

Link haven't even read the book; continues on as he proceeds to the area he was warned about, 'the beach up North.'
-But without him knowing it; could this book predict the future of a quest Link is about to embark upon unknowingly?

Link Stumbles Upon the 'Lens of Truth' : Just laying there mysteriously on a dock's entrance.
Using it carefully, he discovers an appearing bridge towards the Vast ocean.
..What awaits him from here on outward?

-----
Tips:
1. Try and Go To the 'Left, South-West' downward first when you first leave the Vacation Sword Technique Learning Complex.
You will Notice a stairway leading up, it leads straight to the Golden Lock-block the story itself Mentions on his way back home.
Being blocked off, stuff is waiting 'North-West' after you leave the Orange stairway leading to that area.
Buy the Green Ring to halt Damage a bit, so you as the player can survive brutal Octo'rock attacks.
2. Seek 'North-East' after you leave the Sword Technique Complex as soon as you can: You'll eventually find a mountain tower with the sound of the Ocean and sea some place as you climb up the stairs.
>Grab the 'Medicine-Bottle Prescription Paper' from the Man inside the Cave on top.

3. Head up the Orange staircases near the cave you got the Paper after.
To get the Full effects of the First location, you will find tourists and a museum up above.
You can Talk to only 'some people' when you walk close to them on the side. An 'exclamation mark bubble' will appear over Link as you can select them to hear them speak.

Also Notice: Rupees are considered easier to grab in this game because you will be 'pushed a-lot' into buying tons of Keys like crazy, just to be able, to solve dungeon puzzles and some complicated contraptions.

Developer Notes:
-In the Original Zelda Game, i always loved the Idea of buying 'Extra spare keys', so i implemented that system and unique feeling into this game. However there are some keys you can Only use, in the Dungeons alone..
As they will disappear when you leave certain dungeons and 'Re-appear' if you Re-enter the Dungeons.

Also, there are Some Items that will not show up if you enter some new map locations:
They are Deactivated for that one area; Until an upgraded Level- version of that weapon is obtained.

'That one Item' such as the Magic-Candle or Rocky-Hammer cannot be used on some Maps for example: Until you have gotten the next upgraded Version of that same weapon.

The game i am working on is 'The Legend of Zelda meets Ancient aliens or Atlantis.'
There is Completely No Hyrule:
-It is a Completely original world.
Original Bosses bad-guys and an unseen Ultimate threat threatens the Atlantis Island.
This is going to be sort of the 'Link's Awakening game' of its own, but completely unrelated to any previous games.

Plus it does get a bit spooky later on, the further you get in the different climax chapters in the game.
-----

Quick Story Plot Version:
-Link is on a Vacation brushing up on his sword skills. As he leaves and sets off back to Hyrule, the way back home is locked off Mysteriously, turning him around to go further into the Unknown Outlands.
A man in a cave warns Link to stay away from the beach up North, for Sailors have been going missing for the past years and the Northern beach being gated and locked off.
Link does not believe this rumor and instead heads off to the Northern beach to check it out.
He stumbles upon a Moblin's home giving him a Mysterious book called 'The Mystical Harps' (Tales Of the Mermaids:) He's been reading.
Link not understanding what this is about takes the book for keeps and continues onward.

While him not realizing the book tells a spooky forbidden doomsday warning and legend about a place called Ocean-Tower: an Island with a humongous golden tower that is said can only be seen by the Lens of Truth.
-Link travels too far, up north and finally stumbles upon a 'Mysterious mermaid' while fully realizing that man in the caves warning;
>Not to go near the beach.

The Mermaid calling herself Princess Arianna of the Mermaids, Link almost drowns and she saves his life, but at the cost of him helping her rid the Mysterious Ocean-Tower island and all the Inhabitants within it, of an Evil- force and against the armies of Harpy-like beings that inhabit and threaten the Mermaids way of life.
The residents living inside the Humongous Atlantean structure and residents all tell the tale of a 'Mysterious being' who rules over the island and sends monsters after the residents who live there.

Link promising to get to the bottom of this mystery decides to begin his quest to free the people of Ocean-Tower from this monstrous ancient threat..

-----
Mechanic: (Link has the ability to Switch places with the 'Trident wielding Mermaid' to reach untouchable underwater secret areas; Preventing link from entering them.)

The underwater realm below the tower resembling the 'other side world-' in previous Zelda titles; -To solve plains and various dungeons.

You can control the Princess wielding her Trident harpoon in place of Links usual Sword; Finding the 'Magic Mermaids-Scale' which grants you access to switch with Her' the Mermaid, in the other half of the dungeon to Obtain each 'Master- Key' underwater of each
'Beast animal shaped dungeon.' There are 75 Dungeons it is rumored...

There are also 9 Generals barricading the island's inhabitants who link must fight above giant castle- like 'monstrosities'.
>Link must try to take each one down; all being said of being Led by an Ultimate evil threat.

This threat is known as 'King BLAZZMA' which threatens all of the Atlantis island..

Who ever BLAZZMA is, or what he is, Link and the Mermaid must come face to face with the ultimate destroyer & his evil forces.
Wielding weapons holding ancient curses, the residents of Ocean tower weigh boldly at your side..'

(The Next Zelda Quest i had in Mind is mostly Aquatic theme in nature and involves a 'Mermaid fighting Partner in an Atlantis setting itself,' finally un-veling an unknown Tale of what actually happened to the Hyrules interpretation of the Legend of Atlantis.)

Remaining Notes:
For those who are interested in trying out the beginning of the game.
-I occasionally am always 'updating the game file' with new things, every now and then.
So if you didn't get the quest file One day; just try again another day.
I may have a fresh future download link available again.


Anyways, I hope Nintendo likes this idea so much, it could maybe one day be an actual future Zelda game for one of their latest ideas' way beyond their Breath of the wild series.
----
If you guys experience any errors with the game, keep in mind to try and download the file quest again later.
-I am constantly correcting more and more errors and updating the file constantly with new stuff and things added etc.*

Edited 07 February 2019 - 02:38 AM
hey there ive found a bug after you get the whistle...if you use it in that same area it transport you outside the map (Mermaids AquaShrine) and you cant get back even after reset because it was saved so i have to restart the whole save file
... but the graphics and gameplay is great i like the story keep up the great work