Posted 13 January 2016 - 11:35 PM
Amazing quest, here. The new and improved scripts really show, and the game itself feels like a massive re-working of the first, but at the same time, it feels like a worthy sequel and stands alone as such. The storyline is strong, though text-heavy, but that doesn't detract from anything, I don't think. A strong quest deserves a strong story, and sometimes a bunch of text is necessary to express certain points, amirite? lol.
The fact that you switch back and forth between two characters is amazing and each one's abilities are astoundingly unique. There was a small learning curve for some of Dracus' abilities but I caught on quicker the second time through (the first time was a WHILE back). I liked the throwbacks to the first game's areas, and the new levels are very well-done. The Lost Isle-esque dungeon is my favorite (the Plague Fortress-style one). The other levels were very well-put together and the new enemies (especially the dinosaurs) were cool. The Roc's Feather puzzles seemed a little finnicky for me, but I don't know if that was just my computer or not. The multiple endings bit was a cool addition, and I eventually discovered each of them.
The music choices were brilliant, and quite catchy...especially the Magma level, and the one where the enemies could spot you and seal off some areas.
All in all, awesome sequel to the first game, and if there's another one, I eagerly await it! If not, this was a fitting conclusion and the theme of Light vs. Darkness is very well played!
-Soma

Edited 29 November 2015 - 05:19 PM
I overall enjoyed the quest very much. The graphics are nice and colorful, i enjoyed the custom bosses (didn't enjoyed Marcus last fight very much but i loved destroying him when i was doing the rematch with Link), the custom enemies were pretty cool like the mecha enemies and the dinosaurs, good dungeons (except one, but i loved Living Isle), pretty decent story, good choice of music and while it doesn't have a connected overworld, the areas have a pretty good design. I enjoyed playing as Dracus very much and i like how different he plays from Link.

Posted 25 September 2015 - 07:18 AM
This quest is extremely buggy, the one bombchu puzzle pissed me off, and the boss of that same dungeon was annoying. 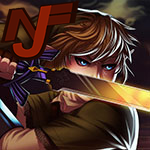 Posted 28 December 2013 - 04:25 PM
I played this quest awhile back, but I unfortunately lost my file. This quest though deserves revisiting as I am starting to miss it and I'm curious to see how the game unfolds. 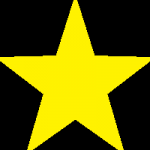 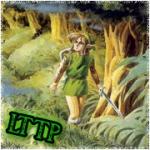 But that 1 dungeon was,,, ok I guess.
You know what I'm talking about

Posted 10 May 2013 - 11:07 PM
Definitely worth a playthrough. Story doesn't overwhelm the player like some other quests attempt where it gets too confusing. It's a little on the shorter length for quests, but every screen feels like it had a lot of time and effort put into it. Plus there are a bunch of really neat scripted items you can mess around with as Dracus too!

Posted 27 April 2013 - 12:24 PM
The Darkness within has an interesting story.
Yet too much dialogue. Sorry but it's true;
the simple fact it takes a while to actually play.
Too much dialogue forcing you to hold "A"...
Getting bored quickly...

yet the gameplay is smooth.
Map design is not 100% great,
due to some minor bugs I have discovered.
It was still enough to ruin the experience.
Sometimes you can get stuck in the log...

(I'm going to state this: Try It!) - It's worth a try but not a 100% play.
If I wanted to give you a real answer it would be skip it.
Try it due to some of you may like loads and loads of dialogue.
{Question: Does it pay off?}

Posted 18 April 2013 - 02:13 PM
Very enjoyable and well thought out quest. The level with the darknut line triggers was my favorite! Lots of challenge and interesting ideas are utilized. Thanks, Russ!