This project, which used to be The Great Fairy Plea, has gone through several changes throughout the years. I've changed each area many times, specially the older ones.

For a long time, I thought this one area was all right, it was called "Hyrule Field". Now that I am working on the project again, I found myself quite unsatisfied with it. First of all, this is not THE overworld of the quest, it's only the first area after the initial village. This area was called Hyrule Field whilst the overworld was simply Hyrule. The truth is, it wasn't very 'fieldy' either, so it just didn't make sense in a lot of ways.

Secondly, the are was too crammed. Basically every screen had a cave or a secret in it, what made exploration too fragmented. It was a little bit of a mess.

So, I decided to expand the area and give it a fresh new look.

(OLD) A grave in Hyrule Field 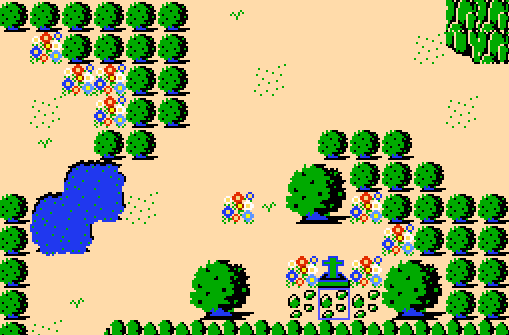 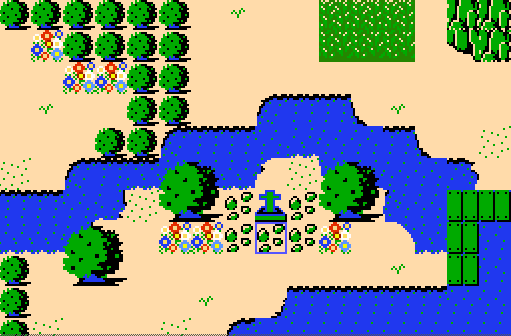 (OLD) A pond in Hyrule Field 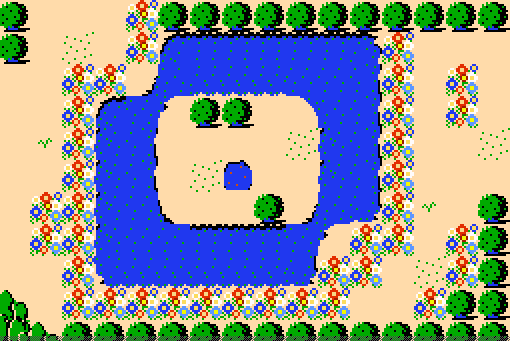 (NEW) The pond now connects with a few rivers 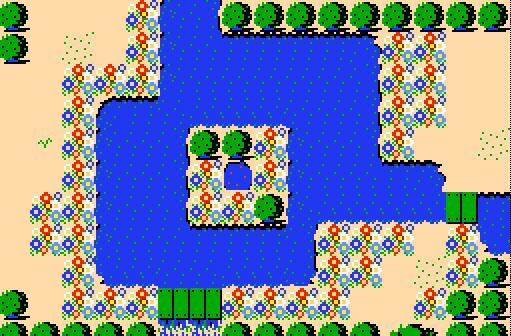 The New (old) Area of Bermina Coast is crossed by many rivers.

I'm changing most of the other areas in the gaming, giving it a general overhaul and trying to, slowly but surely, get close to something I'm satisfied with.

I don't want to share too much, as I'd like to keep a lot of surprises for the final game, but if the people who read this post tell me that the want to see some more of this kinds of changes, I'll post some in the future!

Thanks for reading!
tchau tchau

Thank you, Mitchfork,now the update looks how it was supposed to. (I took a very frustrated nap after posting it)

I even added another pair of comparison pics to make the post more interesting. :>

I love this so much! Great work as always! Glad to see the Great Fairy's Plea come back with a spiritual successor.

Seeing this certainly brings some odd nostalgia I didn't know I had. It's good to see a modern successor to an old project.

Hey guys, I'm so happy to hear that you're interested. I hope I can provide you with a fun game in a few months!

I just made one last post for The Great Fairy Plea, with a few comments about the changes. (https://www.purezc.n...showtopic=76917)

I actually couldn't work in the project these last couple of weeks deu to my pc going kaputt. Now I can finally get back to it and I'm very excited to do so, I pretend on posting another update soon!

Something bugs me about the title screen. I tend to read the title as "The Heart Crystal" because of the way the words are positioned.

Something bugs me about the title screen. I tend to read the title as "The Heart Crystal" because of the way the words are positioned.

I considered that when I made it.
I'll try moving the words "The" and "Heart" some pixels down!