Screenshot of the Week 729

We've got snow. We've got fire. We've got both in one shot. Which do you prefer? 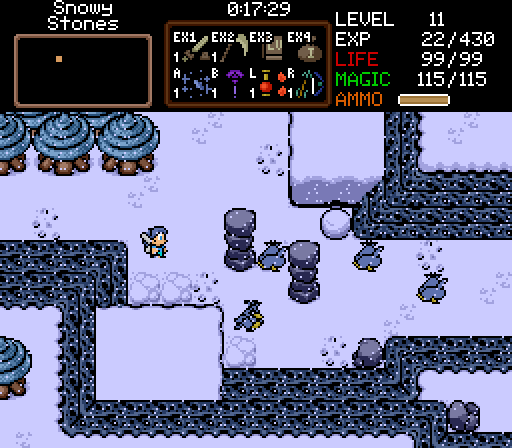 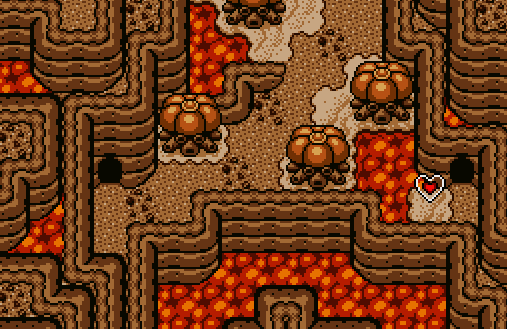 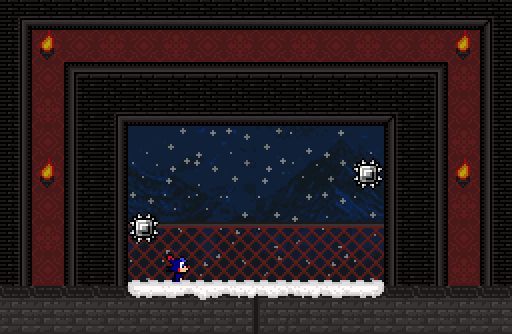 My Vote goes on Joelmacool for the Nice Warm Colorfull Palette

I really like shuji's shot. It's not as technically good as the other two, imo, but it has a unique and enticing aura to it.

a goode week, but holy fuck that atmosphere in sushi's shot really does it for me. god damn.

Last-minute opinions before the next contest is posted...

I like the overall vibe of the screen. The unsaturated colors feel cold and I like the subtle details throughout the screen. Nice touch especially to have the snow packs ride up the angled cliffs, though I think the outlines of where they meet the cliff face in the top-right could be made darker; also the lower-left pack feels too square against what is supposed to be a jagged cliff. Are those little Farfetch'ds or ducks or what? Regardless, I like this shot.

Another atmospheric screen in a long line of nicely built screenshots. It's a small detail, but I like that you used the vanishing cliff tile up top to convey a slope. (I think a lot of designers are afraid to use them because they mysteriously gain or lose the designers a layer in their cliffs, but the GB Zelda games used them everywhere.) The teeny-tiny pool of lava at the right-side cliff corner looks a little odd given you used dirt corners in the other places. It looks like you also created custom tiles for where the lava meets the rock—nice. No other real feedback... It's a pretty tight play space, so I hope you don't load it with too many enemies.

A unique shot! I think it's a little dark, but I like the general color composition. The biggest issue I have is that it's difficult for me to tell whether this is a top–down area or a sideview area. The strong borders at the edge of the red section convey depth in the surrounding bricks. Nice subtle mountains and delicate touches of snowflakes. The tundra reminds me a bit of Undertale.

All three shots have their merits, but I voted for HeroOfFire (who, ironically, is the only contestant without fire in their shot).

Also tagged with one or more of these keywords: Joelmacool, HeroOfFire, shuji