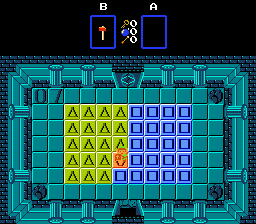 Description
Link must solve 100 puzzles, normal and scripted, to get the missing Triforce of Wisdom.

Play in ZC 2.53 to avoid incompatibilities.

Edited 27 June 2021 - 04:58 PM
I made it most of the way through - to room 93 exactly - but think I've seen enough of the quest to leave an informed review. I enjoy puzzles and puzzle quests very much, and really wanted to like this quest, but I just didn't enjoy this one nearly as much as I wanted to. While there are a number of interesting, legitimately challenging, and head-scratching puzzles throughout, there are also far too many puzzles that are a chore or are otherwise deeply flawed.

On the positive side, I enjoyed the Hamiltonian puzzles, Warndorff's knight (room 79), the sliding block puzzles (such as room 70), and the pyramid move (room 45) to name a few. These puzzles are all straight-forward and intuitive to solve, though may take some time for the player to experiment and find the right techniques in order to solve. That, in my opinion, is the formula for a good puzzle: one that doesn't require an expressly stated hint, doesn't require obtuse mechanics or control inputs, and doesn't kill the pacing of the game by forcing the player to grab a calculator or scratch paper, but at the same time are challenging.

On the other hand, there are a number of puzzles that just don't follow the formula I outlined. For instance, the various math problems. While mathematics are often associated with thinking and being challenging, here the math problems just don't work. The biggest problem with the math problems are that the hints are usually not good. By that I mean the order of operations is not expressed well with clear, non-ambiguous parenthetical notation and wording, or the problem just doesn't explicitly state what the player is supposed to do. Instead, due to ambiguous notation, I found myself having to try multiple inputs of the problem in order to arrive at the intended solution. The room with the problem involving the 8-sided polygon is another badly-written hint, where it just isn't immediately clear what the quest wants the player to do with the known measurements. Maybe it's because it's been decades since I did algebra, geometry, trigonometry and calculus classes, and I don't remember much, but I found myself cheating through these rooms more than I would like.

Other times, I would just give up and cheat with the lens of truth because the logic of the room simply eludes me. A notable example of this is room 69, where the various conveyor floor tiles and the word "news" is supposed to be some sort of hint for a 4-figure number, but just made zero sense to me. Even after I obtained the correct number with the lens, and tried thinking over the logic behind the number, I can't see how one is supposed to obtain the number without just blindly mashing buttons and hoping for a 1/9999 lucky break. With other puzzles, the hint is downright poorly written, or non-specific, so the player is still lost as to finding the solution to the riddle. For instance, room 13, where the player is supposed to interpret numbers from some wierd symbols. I just didn't see the numbers and likely never would have but for a hint in the help thread. Going back, I still strain to see the numbers, because the symbols are just too ambiguous. Another riddle, the room of which I forget, I guess is a well-known riddle involving a certain weather phenomenon. The clues here are not well written in my opinion and not specific enough to arrive at the conclusion if the player has never seen this riddle, which I had not:
Spoiler
does a cloud really cry, and does a cloud really precede darkness and never see lower light?
If one is going to throw riddles like this at the player, it helps a lot to present effective clues. I suspect some of this problem is due to the quest creator being a non-native English speaker, which is understandable but does make the written hints an unintended problem for English speakers.

I have to say that I enjoyed the room designs for the most part, with good use of colors and objects. The music choices seemed quite appropriate as well, with some tracks reminding me of the Castlevania series and fitting well with the sprawling, gothic nature of the 100-room dungeon. Save points are well executed and I never had to backtrack through more than 5 or 6 rooms. I think the lens of truth being in here completely eliminates the challenge, because the player can easily save upon a problem room, go back with the lens of truth, and then reset - effectively getting the answer without using any magic. On the other hand, certain rooms have problems that are just too obtuse, that without the lens of truth, I would have just quit the quest several times. Objectively, I give the quest a 3.5/5 but will round up to 4, because I enjoyed enough to go over 90% of the way before quitting.

This quest might very well have some good and interesting puzzles in it, I wouldn't know because I never really got to any. (Some of the quest's screenshots look really nice). But after getting to the second room that is just "go grab your calculator we are doing algebra outside of ZC!" I'm really just not feeling it anymore. Most puzzles up till that point were also not really interesting, for every one good or neat puzzle before that point, there were like three that is just "smack every object in the room till you find the one the switch is under" or a basic block pushing one. The rest outside of those were generally okay but nothing to write home about.

I guess if I have any recommendations it would be following:
1. Rework some of the early game rooms that aren't really puzzles, hitting every object in the room is just tedium.
2. If your maths puzzle is just inserting an equation into a calculator or solving algebra, cut it.
3. Some sort of hint currency or scoring is often used in puzzle games in order to get additional hints if you're struggling on a particular puzzle, the games that inspired this one usually have that (granted, often by requiring you to watch an ad).

Posted 20 June 2021 - 03:53 AM
This seems like a promising quest, but I'm already stuck in room 8 after getting the sword. I've cut all the bushes too and nothing happens. I'm playing in 2.55, is there a bug because of the version difference, or am I missing something obvious? 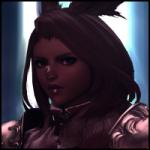