Destiny of the Oracles 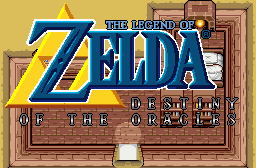 Overview Feature Quest
Information
Warning!! - Please play this quest on ZC Version 2.53 or newer! Failure to do so may cause game-breaking bugs.
After Passage Through Time, Link travels to Labrynna to discover what has gone wrong there.
However, things don't go exactly as planned.
< >

Description
]It has been a long, hard road...
But at last, the Hero of Hyrule has reached Labrynna...

Before Link can intervene, a terrible darkness captures him and the disturbance caused awakens the power of the ancient goddesses who once brought Hyrule into existence.

Journey with Din as she struggles to survive in the Mirror World where Veran originated.
Guide Nayru as she attempts to unravel the secrets of a Labrynna she scarcely recognizes.

Together, they must discover ways to correct the changes in Labrynna and unite the powers of the two worlds against the forces which have arisen.
Only then, will they at last learn their true destiny...

Play as 2 separate characters in parallel worlds with different abilities!
Find the hidden secrets to help the inhabitants of the land to solve their problems!
Recover the Essences of Time and the Fragments of Darkness to pave the way towards a better tomorrow!

Only you can change the fate that awaits the Oracles and all they hold dear...
Tips & Cheats
Each character must obtain a specific item before they can enter their first dungeon.
After getting the Magical Mirror, you can use special Sheikah Statues to travel between worlds.
Once each pair of dungeons is finished, you can proceed to the next dungeon for either character.
Individuals who give clues to where to go for this exist in either world.
Additionally, it is possible to purchase a very expensive item which provides clues to the locations of sidequest events,
Completing all sidequests in both world gives access to post-game content.
This includes 1 exclusive dungeon for Din and Nayru along with a secret final dungeon.
Credits
Tileset- DoR (Hybrid)
Testers- Epsalon ZX, Eppy, judasrising, Ryunaker, Zolias, Moosh
Minor Testers- Spacepoet, deme, Masterlink, Shoshon the Elegant, Dimentio, LordKronos, Gendof, Jared
Script Assists- Moosh, Venrob, Lejes, ZoriaRPG, Russ, Aevin, Dimentio
Borrowed Scripts- Mero, Saffith, Moosh, Lejes, Joe123,
justin, MoscowModder, Collosal, ZoriaRPG, Russ
Primary Music Advisor- SCKnuckles
Sprite Contributor- P-Tux7
Script Inspiration- Mitsukara, Zaxarone, Lüt, Pastille of Rohan,
Binx, SCKnuckles, Alucard648, Dimentio, Moosh, Russ
Music- PureZC Artists, VGMusic
Sound Effects- HelptheWretched
Other Contrubutors- Binx, Xenomicx
Imported Tiles by-

Luspeon- For inadvertently breaking me out of my slump
and spinning this quest in an entirely different direction.
Epsalon ZX- For regularly testing and making suggestions to improve the overall quality of the quest.
SCKnuckles- For agreeing to help select the music for this quest, which I always find hard
Also for looping a good deal of the soundtrack correctly.
P-Tux7- For creating a lot of sprites for the project without being asked and making
suggestions on the development of the quest
Eppy- For testing the quest not once, or twice but at least 4 times
and making me increase enemy variety
ZScript Group- For teaching me more about how this process worked than I ever knew was possible.
PureZC Community- For waiting ? years for me to finally get around to finishing this.
Nintendo- For making the Legend of Zelda series.

Edited 26 October 2020 - 07:11 PM
Destiny or the Oracles is epic in scope, virtually seamless in refinement, and brings a whole lot of gameplay content to the player. Obviously inspired by the gameboy zelda titles, of which I have to admit I am not that familiar, DotO seems to be a loose interpretation of those official games, both for better and for worse.

To start with, the core gimmick of DotO, mainly that two separate, playable characters must cooperate throughout separate - but linked - worlds, is inherently pretty difficult to pull off. A lot of thought obviously went into the design of the two overworlds and the cave systems, as well as the events triggered by each character, in order to advance the story in the other world. Both overworlds are very well done in my opinion, both in the aesthetic and the practical senses. The various landscapes flow together well and just look pleasing to the eye, with a good amount of detail throughout, but also avoiding the pitfall of over-detailed screen palettes distracting the player. The warp system in both worlds is well implemented and useful.

While playing through, I encountered zero errors with regards to the save/continue system, switching between characters, or event-related strings and scripts. I cannot recall any layering, or other bugs, wherein I became stuck and had to reset. The quest is very well done from a technical standpoint. Even though I cannot even begin to really understand the technical specifics, I can intuit that putting something together like this, and to refine it to such an extent, must be very difficult and time consuming. There are also a wealth of side quests to keep the player busy between various dungeons, and related exploration needed to advance the story, which is always appreciable.

Unfortunately, I just had a hard time staying engaged with the dungeons themselves. If you have played any of the quest maker's other quests, such as Passage Through time, you may be familiar with the dungeon-design philosophy also used in DotO. Mainly, while the dungeons themselves are pretty large and multi-floor, and even multi-phasic at times, I would not call the dungeons particularly complex. I mean, at least not complex for me, the player, to play through. Mainly, there is one necessary strategy used throughout: play through blocks of 5-7 screens at a time to find a key or keys, unlock a door or keyblocks somewhere else, then repeat. There is very little cohesion in the dungeons as a whole, and thus, navigation is incredibly simple and boring at times. While this means that backtracking is also kept to a minimum, which some players really appreciate, there is also often no need to revisit screens or even large swaths of a particular dungeon if you can (and you probably can) intuit the correct path the first time. Another problem I had, particularly in the later dungeons that use a warping system, is that I found it hard to keep track of where I was due to lack of distinctive visual cues. By that I mean, while navigation remained quite simple if I made sure to check carefully with the spacebar map, I had to do a lot of looking at the spacebar map because the screens kind of all blend together and look the same.

A notable exception to my feeling disengaged with the dungeons are the Black Tower and Hall of Mirrors, both of which made me stop and think several times about how to proceed. I would call the Black Tower a bonafide complex dungeon, and one where the core gimmick of two playable characters cooperating really shines. I kind of wish all the dungeons were like this, with playable characters working together on the same screen to solve puzzles, like there is throughout Panoply of Calatia for instance, although that would require a radical redevelopment and would be outside the quest's stated aim. I have to admit, I also liked the Din Level-4 bottomless hole dungeon quite a bit. The earlier dungeons also contain some secrets that can be obtained and triggered by items obtained later, so make note when you see a big treasure chest that you can't access for whatever reason. I think that the puzzles, while often quite simple to solve, were also implemented pretty strategically in such a way to help with good pacing throughout the dungeons.

There are an incredible amount of custom enemies and bosses used throughout DotO. Unfortunately, particularly in the later dungeons, I think the execution of these custom enemies was not the best. For example, the Zelda-2-style enemies, in all of their huge-sprite glory, end up walking all over the screen at times, including ignoring layers and other hypothetical obstacles. Honestly, also particularly in the later levels, there are often just too many enemies per given screen and it becomes a serious chore to try to defeat them all before advancing. My tactic for these later dungeons was full of tanking damage, using the Roc's (I mean the Moosh's) feather with Din, or spamming the Sword of Fate with Nayru just so I didn't have to spend so long dealing with enemies. Likewise, those same tactics seemed to work pretty well when it comes to dealing with bosses. Perhaps because I'm good at exploring and finding health and defensive upgrades, little strategy was required on my part for any bosses besides tanking damage and attacking aggressively. To that end, almost all bosses and mini-bosses went down very easily the first time. Those ones that have a large amount of HP, for which I found tanking damage wasn't that effective due to the length of the fight, also, as it turns out, go down easily if one picks a more effective weapon to attack aggressively with.

With all of the side quests, custom enemies, bosses, and mini-bosses used throughout, DotO really starts to teeter on that "everything but the kitchen sink" level of excess. By that I mean, there are enemies and NPCs from many Zelda games, but also easter eggs, scripted gimmicks, and Zelda-Classic-community inside jokes, that it all starts to seem thrown in "just because" and doesn't really add very much to the gameplay experience in my opinion. If you've played Ballad of a Bloodline, you may understand what I'm talking about where the external fluff seems to steal focus from the core plot and kind of take over in and of itself. I think that this is a pretty minor gripe but certainly worth pointing out.

Overall, before any post-game content, I experienced a good 22-hours of so of gameplay from Destiny of the Oracles. With the post-game content, that time is closer to 27 hours. I want to say that the quest plays a lot like the gameboy Zelda titles, but with ywkls' dungeon-design philosophy and a whole lot of padding also thrown in to bolster the experience. Despite the flaws, it is very evident that an immense amount of time and effort went in to producing the quest and this definitely shows through in a smooth gameplay experience. The overworlds, as well as the two dungeons where multiple playable characters are able to interact, are definitely the big highlight to DotO.

Posted 15 September 2020 - 09:42 AM
this quest is amazing i like the oracle story and the switch forth and back between characters i self have played oracle of ages long time ago and im glad i did in labrynna now the quest itself is nice keep it up 5 stars for you