"Go Gollab: The Conflictions of Morality" 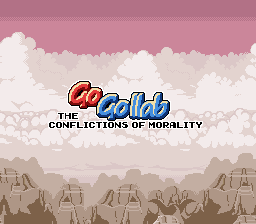 Overview Feature Quest
Information
Go Gollab: The Conflictions of Morality is a 9 person collaboration that was made for Shoshon the Elegant's 29 contest. Each person has crafted a unique world for you to explore, as one of nine characters. Unfold a minimalist, surreal humoured plot as you uncover creative items, puzzles and bosses along your way to rescue the trapped souls - i.e. us!
DON'T FORGET TO PICK UP THE MUSIC HERE:
http://www.mediafire..._Music.zip/file
< >

Description
The all new definitive Go Gollab: The Conflictions of Morality experience is finally here! We have implemented a lot of minor bug fixes and changes that would take a while to list, but they offer a much better and complete experience, worthy of a second playthrough.

Nine creative worlds, each offering charm and personality - they may even offer a mini dungeon!
Dungeons with unique mechanics and foes for you to overcome.
Choose between nine characters, each of which have a unique ability.
New items, along with creative usage of classical items.
A minimalist surreal humoured story that's bound to give you a chuckle or two.

UPDATE 8/31/2020:
- Fixed Matthew's..... problem.
- Fixed a major bug where there were invisible tophat blocks on this screen: https://imgur.com/a/qnXqFdX
- Added a potion shop to Chaos Platform
- Fixed a warp bug in Barrier Reef

UPDATE 9/1/2020:
- Final boss HP lowered
- You can now properly F6 out of the Wisp fight
Story
Zelda Classic was rewritten. The program has become the best game maker of all time. But it had a terrible oversight, which triggered a side effect that no one could have predicted. The power of Gollab, which was abused to create a new world, one born from the chaos of creativity. Now, as punishment by the power of Gollab, the world became a prison for those who created it. However, one individual avoided this fate. They will set out to reverse the effects.

Who will it be?
Tips & Cheats
N/A
Credits
Shoshon - For hosting the 29 Quest Contest
Lightwulf - Character sprites
Spriters Resource

Posted 16 December 2020 - 05:12 PM
It's been so long since I thought about ZC, I randomly remembered a few days ago and decided to check it out. Got version 2.53 and filtered the quest list by that version and this is the first one that pops up. Nine characters? Interesting. I picked Silver for the memes, and was very delighted when I heard the "It's no use!" soundbite. I was a bit sad to see it really was no use using the power in boss fights, though I understand that'd be pretty OP, maybe it could've had a much longer cooldown during boss fights instead? But it was fun dunking on advanced Stalfos and Lynels with their deadly projectiles!

Since it's a collab, it was always exciting to find a new area, you never knew what you were going to get, and they're all well done! The only low point for me was the stealth section, partly because I dislike forced stealth, and partly because the second room seemed unfair how you could get caught in a second from the starting point without being able to analyze things, but luckily it's very short, and the rest of that area had a cool concept that made me smile. I also liked how Pastel Land flipped the script from other areas, instead of exploring the area first to unlock the dungeon, you find lots of things you can't do without the dungeon item throughout the area and the dungeon is open to you already.

The dungeons were all solid as well. The stand out for me was the Card Castle, the puzzles were fun to figure out and all fit the theme well and the boss had a cool gimmick to it. Deimos Inc was a fun one too, you get some cool new toys to play with, and you had to use them in increasingly complex ways. Shoutouts to the Path of Failure for having a neat twist on block pushing puzzles, as well as looking very unique (and for giving the ultimate meme item!). The final dungeon and boss were a great send off, don't want to spoil the details of em here, but I loved it.

This is quite a great quest to come back to, great job everyone!

Posted 11 October 2020 - 03:16 PM
This is a highly enjoyable quest. With 9 designers each contributing their own areas, your enjoyment of it will probably be inconsistent, but nobody here did a bad job, so as far as I'm concerned the quest always oscillated between good and great. Ultimately, it's like a giant octopus that Dr Frankenstein created using pieces of different creatures, which is fun in itself. 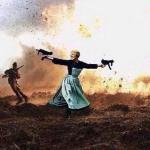 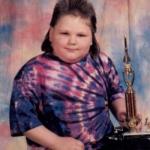 Posted 31 August 2020 - 12:05 PM
nothing on zc will ever be as ambitious and disgusting as this monstrosity 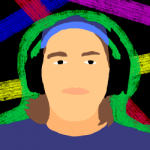