The Hero of Dreams

Overview Feature Quest
Information
The Hero of Dreams, my first quest on Zelda Classic. Released in 2006, this epic quest is filled with so many things to do. I put a lot of side quests in the quest so it can have a feel to most Zelda games. The storyline fits into the major storyline and I do try to connect them all together. I spent a lot of time on the storyline and I hope you like it.
< >

Description
The Hero of Dreams, my first quest on Zelda Classic. I have been working on the game since January 2004. This epic quest is filled with so many things to do. I put a lot of side quests in the quest so it can have a feel to most Zelda games. The storyline fits into the major storyline and I do try to connect them all together. I spent a lot of time on the storyline and I hope you like it. This is what you can expect from the quest:

-Travel through huge Forests, islands, caves, deserts, graveyards, mountains, towns, as well as Dreams.
-Come face to face to some of the old Hero's of Hyrule.
-Meet different cultures and races of Hyrule.
-Fight some original custom bosses like Wolfblin and King Dodongo.
-Play some great mini games like bow and arrow target practice and rafting.
-See some original puzzles never seen in ZC.
-Huge Dungeons with different themes.
-and More!

3/17/2015
-Fixed a bug in Cave of Ordeals. No other updates.
Story
On a small island just outside of Hyrule lived a boy named Link. As he grew up, he knew he was destined to become the new Hero of Hyrule. The Robins who were neighbors of Link, told him that the bloodline of the Hero’s past through him. He knew that on any given day his adventure could begin.

One day Link was drawing a picture of a sword on the mountainside of the island. He looked down at his shield that he always kept with him, and thought how cool it would be to finally use it with a sword of his own. Just then his good friend Patty walked over to him. She looked a little sad, as she told him that she was going to leave the island soon in search for the Shooting Star Legend. In that moment, they both looked at the shoreline and noticed that the water was acting very violent. But they brushed it off. As Link finished the drawing, he signed his name on the bottom of the sword. Patty was still talking about that legend; however, Link couldn’t keep his eyes off the coastline, which was getting worse by the second.

Little did they know, the Dark Army had just docked south of the city of Fulton. The Commander of the Army stepped out to dock while discussing the plan to this staff, “Continue searching for the remaining Triforce pieces. We will capture Fulton and await you there!” As the Commander looked at the path to Fulton, he whispered to himself, “And now it begins.”
Tips & Cheats
First of all don’t use any cheats on this game because of the amount of events I put in this game. Second this game is huge. Expect 15-25 hours on this game. If you don’t like huge games I say pass it up. Third, the game does get a little hard. I suggest you getting POTIONS whenever possible. You are going to die quite a bit, but don’t worry you will end up passing it. If you have any questions ask in the forum and I will help you out. Also make sure to read the story because they give you a lot of hints for things you need to do.

Also here is a link to my Director's Commentary on my game. It is a Walkthrough on my entire game in case you get stuck:
http://www.youtube.c...h?v=ZolhyIu-gFA

This game is for 2.10. Please play it in 2.10!
Credits
-=DIRECTOR AND PRODUCER=-
Shoelace aka mbwchampion

Posted 15 December 2022 - 01:51 PM
Hero of Dreams joins Lost Isle and Isle of Rebirth in the Best of the Best tier of quests, showcasing the creativity that ZC is capable of. While it’s not as perfect and polished as the two aforementioned titles, and shows its age from subsequent ZC updates, it’s still really excellent, and includes the scripted, original storyline and custom bosses that set these elite quests apart from the run-of-the-mill. The overworld is vast and fun to explore, with some puzzles of its own. The dungeons are varied, well-themed and creative. My particular favorite is Level 7: Season Isle, but many others are highly enjoyable. The scripted dream sequences make for a more immersive and flowing story. The humorous, unconventional dialogue certainly helps to make this quest unique, though I recognize that it turns some people off as feeling “unprofessional.”

As I said, it’s not a perfect quest. It has an odd difficulty curve, trending on the easy side for most of the game (in terms of danger of losing all your life) but then this suddenly ramps up to extremely difficult round about Level 8. The life-challenging difficulty goes with some frustratingly tedious dungeon puzzles near the end, too. The later bosses are likely to take several attempts, but the lengthy textwall before each later boss makes it very frustrating to try to battle them again and again to figure out how to defeat them. The item screen feels “messy” due to the fact that not all item slots are filled. And the fact that the Cave of Ordeals was pretty much intended to be unbeatable is frustrating to me as someone who likes to 100% his quests. These factors tend to demotivate me to actually finish the entire game. Other than the endgame portion, though, it’s an excellent quest, and is certainly good enough to merit a 5-star rating. 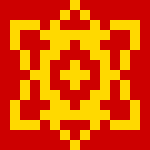 Overall, I enjoyed this quest a fair bit, but I don't think it lived up to the hype. True, some of its flaws are products of an older engine, but I've played a few other 2.10 quests that managed to work around those better than this one did.

I'll start with something the engine had nothing to do with: the dungeon design. As others before me have noted, Levels 1 and 4 were far too large and sprawling - I had to redo all of Level 4 after dying to the boss, and I ended up putting the quest down for months because it felt too monotonous even when I knew which way to go. (Level 2 was also a bit on the big side, but it was more enjoyable than those two on account of the size being more justified and put to better use.) Level 7 had the opposite problem: ironically, despite having the most intricate quirk, it felt the most linear. Throughout that dungeon, there was always only one way you could go to progress, and you only needed each new item in one place. (This was another one I had to do twice, but I breezed through it the second time, and it wasn't as bad.) Level 9 was also linear, but, given its nature, it fit much better than Level 7 in my opinion; similarly, Level 8, while large and branching (not to mention brutal at times), was much more fun than Levels 1 and 4 because it was more difficult to get lost in. On a more general note, none of the dungeon maps (subscreen or top bar) seemed accurate in terms of door locations, even accounting for secrets; I don't know whether that was intentional, but I wasn't a fan of it. (Final nitpick: those parts in various dungeons with the switches you need to step on before they sink? I've seen that kind of puzzle in a number of other older quests, but every one of them would be better without it, and this is no exception.)

Next up: the overworld. Probably one of the best I've seen, and definitely the best aspect of the quest. The unused squares bother me a bit, but I understand why they're there. The sidequests were welcome inclusions.

As for the music: I found the inclusion of some non-VG music (I noticed Dream On and Iris) a bit unorthodox, but a welcome idea... if only they fit where they played. Those two stuck out like sore thumbs to me in Level 1 and the end credits, respectively. I don't recall any other issues of this sort, though, and the rest of the music selection was alright. (I don't recognize the Hyrule Field tune, but it sounds like a pop song - if it is, it's a good example of the non-VG approach done right.)

The writing had so much more potential than what was used here. The plot, which I won't spoil, was great, but the dialogue was downright cringeworthy, especially most of what came out of Link's mouth. I'd have given the quest a perfect score (so to speak) in this department were it not for the countless poor attempts at humor. Geico jokes and forced Hollywood references do not belong in Zelda games, fanmade or otherwise.

The gameplay and combat... Most of the custom bosses were cool, especially given the technical limitations, and the difficulty curve was much better than what I'm used to in ZC. That said, this is where the quest really shows its age. Overall: worth playing, but not the best. Skip the Cave, even if (like me) you're into challenges.

So the only thing that kept me going at one point while playing this both blind and hoping to disprove the negativity it was being told to me: the story. The concept of the story was rather well thought out at first: and then a lovely thing called Part 4 started....for sake of spoilers I wont get into it.

The graphics are rather nice for the standard at the time, but this really needs a DX release or a re-polishing altogether. This will help flesh out the following problems that I came up with:

Pathways are too in-consistent either with or without clues

Level design that left you scratching your head about where to go.


That's not even my biggest gripe though: it falls into the every so wonderful gauntlet of complete-a-thon chores to find one dungeon item to get the next. This in itself is a trope that should NEVER exist because then the player begins to feel tricked that they got the Boomerang for the soul purpose of getting the raft (example not true)

With that in mind folks: I give this a 1/5 stars for one soul reason only: It only got cheap because of the bad layout and mapping: if that wasnt an issue tied in with everything else I said: Id be willing to go 4/5

Posted 03 December 2015 - 08:53 PM
Hey guys, don't know if you guys are interested. But I made a Hero of Dreams Themed T-Shirt/Ugly Sweater. I put my commission at 0.00 so that you can get it the cheapest possible. This is the third Hero of Dreams T-Shirt. I spent a lot of time on it. I will be buying one and wearing it for Christmas.

If you guys are interested here is the link: Posted 08 April 2015 - 12:10 PM
Hi, I ended Eagle Hell, but do not know what else continues in history, only says it will continue and restart the game. Anyone have any clues you can give me?