The Legend of Zelda DX

Update 2: Slow Burn to Burn Out


6 replies to this topic

Progress was moving smoothly, but I've really hit a wall when it comes to creation. This isn't me putting the project on hiatus or anything like that; far from it, actually. This is the furthest any of my projects have gone, and I'm still very proud of some of what I got so far. Here are some screens that show off some of the "new" stuff: 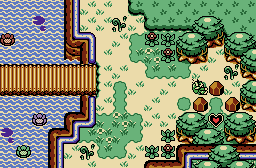 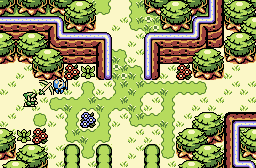 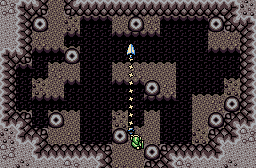 But like I said, I feel like I'm hitting a wall. While I can design and drop the tiles to make a dungeon, getting it to work the way I want it to is something I find difficult. I feel like I dumb things down to the point where the dungeon's original concept doesn't even exist anymore just because the original concept is beyond my abilities. The overworld was going smoothly, it being almost 33% done. My productivity and attention span is very very low, so while it SHOULD be done, it's crawling at an almost one screen per ZQuest session, which is bad when I already don't do it every day. It's been a difficulty for me to be able to focus on specific things in general, so it's just manifesting itself here.

I might just need to put my attention on something new for a while. Something small, original, and fresh just to get my mind out of making a remake for a full 9 dungeon game. Rest assured this project isn't dead, but right now I feel like it's falling short. And I don't like that.

It's okay! You can do it! It's the small things that makes the game. One screen at a time, and if something is to hard to do, try something easier.

One thing that I do when I hit that horrific wall is start to work backwards.  I do the hard stuff first.

The hard stuff is the stuff that I know will also be the most interesting, and gives me something to focus my attention on.  I usually feel like I've advanced in my abilities after accomplishing something difficult or tedious like that.

If you're anything like me, meaningful deadlines really help. When's the next expo? Those are always good goalposts. If you want to finish your quest and show it off, aim to finish by then. From there, look how much time you have left, how much content you need to make, and set milestones accordingly. Then get to it!

Having timed goals, roadmaps and milestones are great for motivation. When you don't have them and are just "I'll work on it when I feel like it" nothing gets done, because there's no vision and no reward for a looong time: until completion. With milestones and deadlines you give yourself rewards along the way, all the while tracking your progress to completion.

So yeah. Goals, milestones, and a big Gantt chart somewhere. That'll get you going.

i suggest listening to the correct video game music while creating. A lot of my work comes from the ideas but mostly the choice of music im listening to. When I do towns I usually go for Minish cap and for dungeons whatever song like final fantasy dungeon music or chrono trigger. Something that really helps me focus. This stuff looks great, id hate to see you stay burnt out!

Thanks for the kind words and advice guys! I've sort of gotten back in the swing of things (for my pace); I gave a ton of screens new palettes and looks, and have steadily continued progress on the overworld. I was working linearly, trying to do parts of the overworld that lead to the first dungeon, then doing that, and so on, but I've decided to pour my energy into getting the overworld done then moving on to the things I struggle with: dungeons. Then I can put more time into focusing on how to get them to work properly so I'm not compromising. My new screens are looking better then ever, and I'm excited to be working on things again. Slow burn to burn out to a new flame, I guess.

Dont overstress yourself my dude.

Im looking forward to play your version here. Would hate for you to get over stressed to the point that you dont want to work on it anymore.