Screenshot of the Month 186 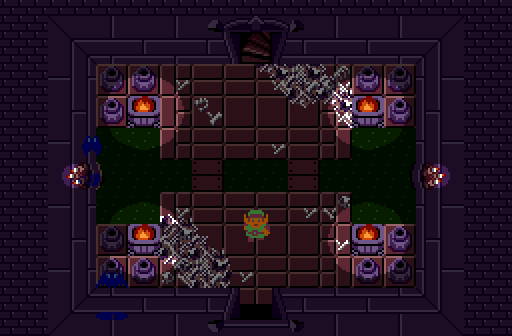 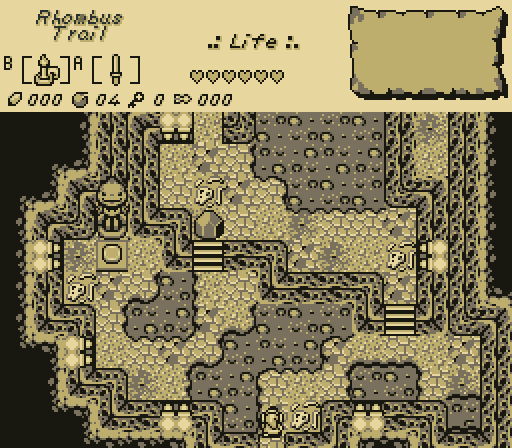 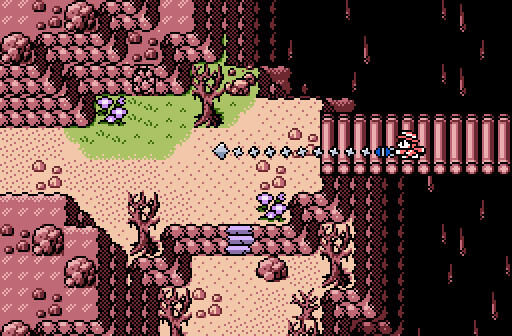 Cliffs and chasms and stuff. 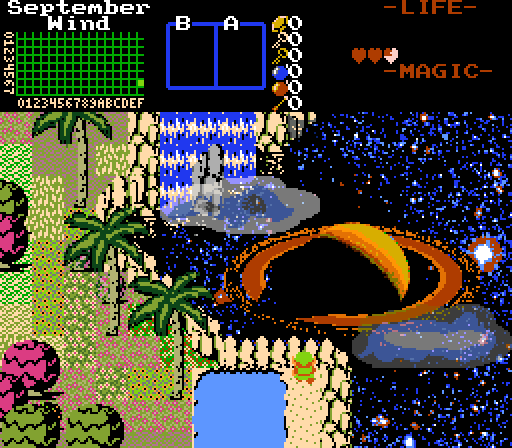 Lay your heart down onto the sea of stars.

There are some quality shots in this competition! Excited to see how this plays out.

Definitely a fan of Aslion's shot. A lot of Gameboy tileset quests err too close to... how to put this in words without sounding dismissive of what in reality is my favorite subsection of Zelda... basic compositions that look like they could be straight out of the canonical Nintendo-made Oracle or LA games. Aslion's shot oozes ambience, using all of the component parts of the GB games to make something that looks better than any given screen in the official games. This is my pick.

I love Joelmacaool's dungeon theme (bones, gimme more bones), but the screen composition itself is a bit too basic. I have a hard time putting up with symmetry in game screens, but this is might just be my own bias coming into play. His submission using the same theme in SotW 753 was absolute fire though.

Haritiro's pokemon-zelda fusion works really well. I love the hookshot action going on (and the mystery of exactly what it is you are shooting at). The depth of the the ravine, and the dead trees really tie everything together. I still haven't come around to the pinkish palette though. 9/10 times, I find hodgepodge graphics derived from different sources to be a bad call, but there is a unity of style with the tile choices that seems to work in this case --- so absolute props, Haritiro!

Every time I look at my own submission, I just kick myself for sending in the first-draft version of the screen, and not amending it with the final draft, which was finished well before the submission cutoff for SotW 754 came around. Please excuse the vomit ground, the cset 6 flowers (it's fixed now), and the flowers that have weird red veins near the edge of the cliff (the result of a non-optimized custom cset, it's been reordered!); and look at the sea of stars. <3

Really torn between Joelmacool and TheManHimself. Both are great Classic screens, but I think Joel's just barely won out thanks to my love for skeletons. I know TheManHimself has some in his quest, it's just a shame he forgot to put any on this particular screen. Maybe just have a little skelebro floating out in space, just chillin.

I know TheManHimself has some in his quest, it's just a shame he forgot to put any on this particular screen. Maybe just have a little skelebro floating out in space, just chillin.

You'll enjoy my next submission, my dude

Cliffs and chasms and stuff.