No replies to this topic

I rewrote the ZConsole stuff. We now have a much smarter pair of consoles (ZScript Debugger, which is basically a new implementation of ZConsole, but it runs from a consolehelper.exe file, terminating it does not close ZC, it should work with MSVC16/Win10 compiling, it supports multiple windows, and colour text.

The second is a ZASM stack print console. Slow as hell with heavy ZASM use, but it's a WIP.

I need to figure out how to expand the max lines of the console, The value seems to be constant, which is a bit boggling.

If you launch it after a quest is open, it reports the version of ZC in which the quest was made immediately. 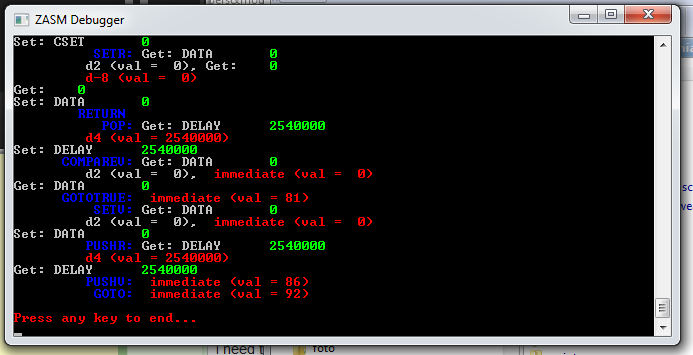 Errors are RED, Logging is Amber, Script Types.Names are GREEN 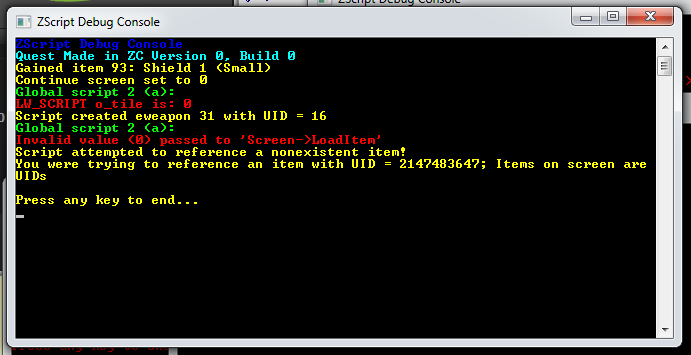 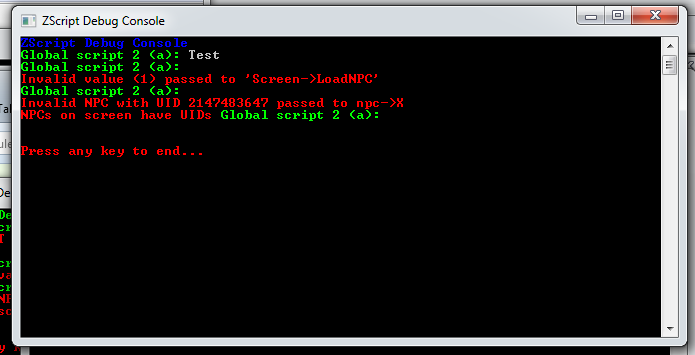 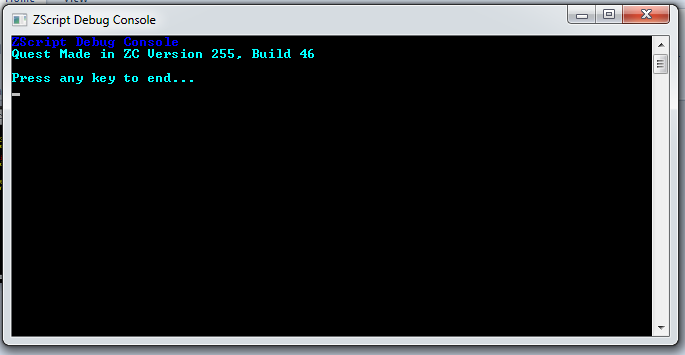 Again, you can have multiple windows open, and they remain open after changing/leaving the quest, for post-mortem. You can close them either via ZC, or just by closing the window.  Doing this no longer closes ZC.

The original console remains available for people who want it.

Back to ZC Development

Also tagged with one or more of these keywords: zconsole, script, debugger, log, logging