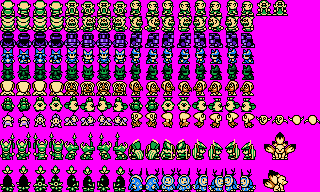 Seeing as the community is in desperate need of some new GBC-styled NPCs, I decided to take the liberty of making some more! I mean...don't you find it at least a LITTLE irritating that people seem to use that same Hyrule soldier tile OVER AND OVER again?

The tiles of this sheet are organized with small humans first, then small non-humans, then large humans, then large non-humans. Most of the small sprites have 4-frame animation and all of the large ones have 2-frame animation. I really didn't want to take up too much room in people's tile pages, so I took the liberty of reducing the frames of the larger sprites. In order, we have:

If anyone makes any edits or recolors for this, show them to me so I can add them to this download. 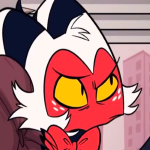 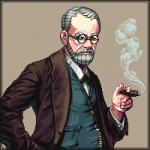