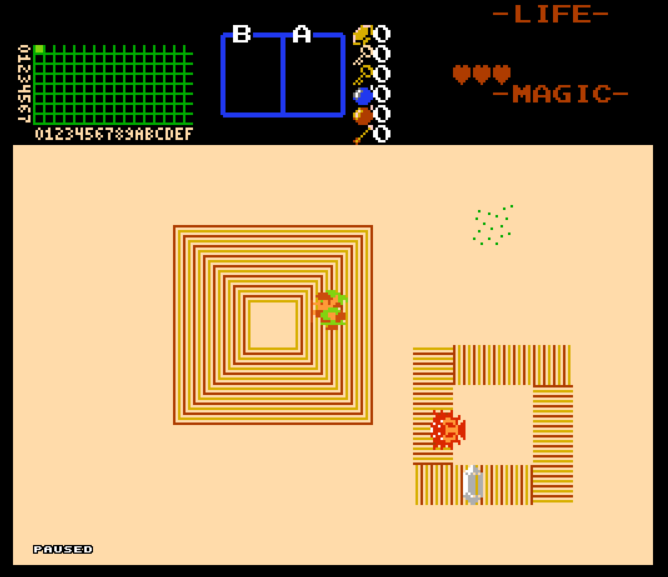 Uses 1 script combotype, and 8 script flags. Defaults to CT_SCRIPT1, and CF_SCRIPT1 through CF_SCRIPT8.
A combo which has the set type, AND one of the 8 flags, will act as a conveyor. Each flag corresponds to a direction.
Either run a global script (example included), which will handle the conveyors quest-wide, or use an FFC on each screen of the provided FFC script.
Benefits of FFC script: Different screens can have different conveyor settings

Conveyor combos will function on layer 0, 1, or 2, and accepts both inherent and placed flags (including a combination of them)
Headers: "std.zh", "LinkMovement.zh"
If you want to change the default settings for combo type/flag, you can do so via the constants.
Create the combos you want for conveyors. They need to be of the specified type (default "Script 01"), and have either an inherent or placed flag from the list. Each flag indicates a different direction.

That's... about it.
No reviews found!
No comments found!