Overview
Information
A simple script that works similar to that of the compass from the GB Zelda Series.

Update April 19th 2015: Fixed a huge bug found by Nightmare in Version A of the script. Should be working

A simple script that works similar to that of the compass from the GB Zelda Series. (I never knew why this hasn't been uploaded, so I took the time to do so

Version A (Demonlink): My version is useful if you would prefer a "plug and play" script rather than editing each D# argument one by one. Also pretty useful in rooms where you only have one item or one chest. This script shall run only if none of the following actions have been done:
a) Item/Special item has been collected.
b) Any type of treasure chest has been opened.

Version B (Nyrox): Uses D0 - D4. This one is useful for having an item and special item inside a same room.
a) Depending on the Argument settings, it will check if the condition is met.
b) If so, it will play the sound.

Credits:
MoscowModder (Basing it on his original one)
Nyrox (Modifying the original script)
Nightmare (Finding that one major bug)
You will only need std.zh for this.

Version A: Only modify the const int COMPASS_BEEP to the id of the sfx you want to hear. After that, it's basically plug and play for it. Compile and add an FFC with this script attached to any screen you want

Version B: Modify the COMPASS_SFX to the id of your desired sound. Once you attach the script to an FFC, edit the D# arguments as so: 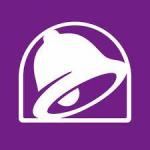 Posted 08 February 2015 - 05:43 AM
Very useful script that is really simple and easy to set up. I recommend this being used as it really gives the compass another function rather than the usual "here is the end". Great job!

Posted 03 February 2015 - 08:15 AM
If it weren't for this kind of script, the compass would basically be a useless item. I really recommend people to use this if it fits the quest 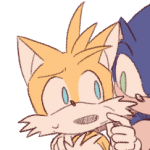 Posted 24 June 2020 - 10:28 PM
Do you need to have sound turned on to notice this? That would be kinda bad for deaf players that only one thing in the quest requires sound.

You beat the boss, collected the Compass, and you didn't collect the item. It doesn't beep anymore.

I followed all the instructions and the item in the room I set this script up in has not been picked up yet but for some reason the script still doesn't work. Any ideas as to how to get this to work?