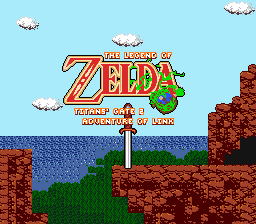 Overview Feature Quest
Information
The continuation of my first quest.
< >

Posted 05 October 2021 - 02:35 PM
So the quest is visually stunning as compared with the 8-bit original. However as others have mentioned there are several issues. One of my biggest gripes is that the hit boxes on enemies are all wrong. For example IronKnuckles. You are supposed to be able to jump slash them to do damage without being hit. At least you can in the original Z2. In this one however you cannot seam to damage them at all. Which makes it impossible to even complete palace 1.

Edited 20 September 2021 - 04:18 PM
This is certainly another ambitious project, and the quest sure is pretty and good looking, but just 10 minutes or so in and I've found a number of things that are tough to deal with:

1. The EX2 "action" button doesn't do anything at least 90% of the time. When I try to talk to an NPC, read a sign, or enter an NPC house in order to acquire magic or other reward, it seems like I have to press the EX2 button 10-20 times to make anything happen.

2. The stutter-step following a jump, or automatically moving one more tile after landing from a jump, makes it impossible to do any jumping segments with precision. If the quest is anything like Z2 with the platforming, this is likely a game breaker.

3. Is experience supposed to reset after every single death? If so, that's going to be a pain when the player gets to the higher levels and has to lose thousands of points of EXP after a death.

4. The scrolling is much slower than in Z2 and the gameplay becomes choppy and laggy at times, but I'm guessing the latter is because there are a lot of processes running in the background and my computer is too incapable.

5. Due to a combination of the scrolling foreground and static background, or possibly just something involving the side-view script, enemies can surprise-hit the player when the player is at the point of exiting an enemy encounter. Perhaps for the same reason, small enemies like bots and octorocks can be almost impossible to see if they happen to be obscured by grass or something similar.

Z2 is one of my favorite NES games, and I hope some of these things I mention can be address, because it would be great to play another Z2-faithful quest on ZC. Panopoly of Calatia replicated a lot of Z2 gameplay and mechanics surprisingly effectively, so it can be done.

Posted 16 September 2021 - 03:53 PM
Wow That Looks Nice i Hope its Not As Extreme in Difficoulty as Zelda 2 but Now im Courious Will be Your 3rd Quest if you Make one an A Link to the Past Like Quest It Would be Interresting Way to do So First one Zelda 1 Like Second Zelda 2 like The 3rd one Zelda 3 Like