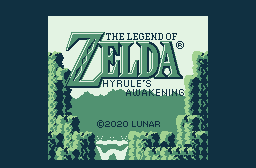 Overview Feature Quest
Information
Music here: https://www.dropbox....MG-ZLJ.gbs?dl=0
Hyrule's Awakening is what you get when you take the original The Legend of Zelda and remake it in the style of Link's Awakening. Yeah, I know, we've all seen 1st quest remakes haven't we? But have we seen any quest attempt to use smaller, GB-sized screens?
< >

Description
Hyrule's Awakening is a very experimental, proof-of-concept quest. In it's simplest, it's just a remake of Z1 in the GB style, but it's much more than that. It uses many scripts to make it feel as close to GB Zeldas as possible. Now, this could all have been even better, but keep in mind this was the best I could do with existing scripts I could find, since I can't script anything myself.

The main focus when creating this was to not make the best possible quest out there, but to just show you that GB-sized screens are somewhat possible in ZC, and also show my vision of a Zelda 1 remake in Link's Awakening style. Also, one could see this as my love letter to the Game Boy/GB Color, Link's Awakening and Zelda 1!

~FEATURES~
- The dungeon layouts, overworld areas and base screens are all based on the original Zelda 1st Quest, but everything has been remade in Link's Awakening style, trying to match that style as closely as possible.
- The dungeons are completely different from Z1's aside from their layout. The dungeons are much closer to Link's Awakening's dungeons actually.
- GB-SIZED SCREENS! This is all thanks to Avaro's Scrollwarping Doors script in the database. The screens are now the same size as they would be in Link's Awakening/Oracles. The subscreen, sadly I couldn't move so it would be connected to the screens sadly, since I can't script anything myself, and it would have required a completely customly scripted subscreen to work.
- Items are more based on Link's Awakening, so you'll see stuff like the Roc's Feather or an equippable Power Bracelet.
- Scripted bosses and enemies; many enemies from Link's Awakening have been recreated for this, and all the bosses are custom (aside from one Patra, and some minibosses).
- 2 simple trading sequences.

UPDATE 1:
- Removed the possibility of running into a softlock in Level 5
- Added one extra key to Level 3 to prevent a hardlock
- Adjusted one overworld screen to, once again, fix a potential softlock
Story
The plot is the same as the original Zelda 1, obviously

Tips & Cheats
KNOWN ISSUES:
- Continuing in the overworld is wonky.
- Some screens (mostly when switching DMaps in the overworld) use instant warps instead of scrolling
Expect some general wonkiness in general, many things work weird with the scrollwarps and at times I was overwhelmed myself with the amount of scripts I was using.
Credits
Nintendo for making The Legend of Zelda (series, the original game and Link's Awakening)
Zelda Classic
Shane, Matthew and Hari for testing
Ambient Silence for support, help and ideas

Posted 18 April 2021 - 11:16 AM
I really liked this overall and I enjoyed the many throwbacks to Link's Awakening, especially the music. I hope that you will consider or are in the process of making a custom quest in the style of Link's Awakening.

There were a couple of bugs - none of them game breaking though some required a restart.

Spoiler
- On one of the Tal Tal Height screens, I got shot by a Lynell on the edge of the screen with 2 hearts and a potion. The end result was the potion refilled my life, I got knocked into the next screen, and Link just disappeared. (Required a restart)
- After obtaining the Triforce piece from the Mountain Tower, I got stuck "in the tower without the staircase" (before you blow the Ocarina) and so could not move. (Required a restart)
- In Ganon's Castle, when you reach the room with the Triforce symbol on the ground & 2 Vires with an option to go left or right. If you go left, there's a room with a shutter on the left side and some Ropes. When I reentered that room after retracing my steps, the enemies had respawned, and I was stuck in the shutter. Luckily I was able to kill all the enemies with ranged weapons and the shutter opened allowing me to continue.

Posted 11 April 2021 - 02:00 AM
I found a game breaking bug/glitch in level 2. I was in the boss room and I used the dungeon item and got hit by the fire ball and I died and now I can't use dungeon item anymore. Of course I saved before noticing this 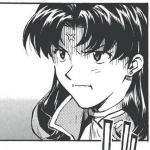 Posted 10 April 2021 - 04:21 PM
As someone who playtested this, I can say it was an absolute blast. The nostalgia level was quite strong, as Lunar does a very effective job of reimagining what Z1 might have looked like if Nintendo wanted to remake it on the GameBoy. I highly recommend this to anyone with a few hours to spare. There is some wonkiness present due to the difficult task of scaling down ZC screen size, but it was nothing gamebreaking, and I'd imagine that some of it has now been fixed.

Posted 10 April 2021 - 04:05 PM
Despite its technical shortcomings, I found this remake to be full of charm and love. The Link's Awakening elements, including the screen size, really make this a unique experience from your standard Zelda 1 remake. I know there might be fatigue for Zelda 1 remakes even if they bring something new to the table... but to anyone that feels this way, I implore you to still give this a go as it's honestly more Link's Awakening than it is Zelda 1 IMHO.

This happens because the player is spawned on top of a door, and is easily fixed. Just make sure the A return square on continue screens is not placed on anything that triggers a warp.

I'm having trouble remembering how to get around in the overworld, as there are a lot less branching paths than in Z1. Having the space bar map would be really useful for that, unless you specifically want overworld navigation to be part of the challenge.
Currently no topics are associated with this item.