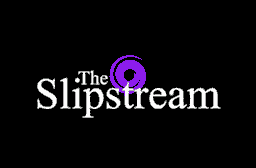 Overview Feature Quest
Information
NOTE: THIS QUEST WAS MADE IN 2.53.1 (BETA 36)

In the land of Glenridge, there lay a tear in space called the Slipstream. Whatever brave or foolish soul entered into it did not return. For years, it laid dormant, until it began unstable and monsters began to emerge from it. They began attacking villages and throwing individuals into the Slipstream's vortex. Join Hirota as he makes a one way trip into this phenomenon in order to save his best friend and grandmother.
< >

Description
This was originally a quest made for the two week quest contest made all the way back in 2015. Now four years later, the final, definitive version of the game has finally been finished and released, featuring:
- Several various realms to explore
- A unique elemental combat system
- Leveling and upgrading, with a variety of different rewards
- Various obstacles, enemies, and puzzles
- Several things to explore and find, even some not originally in the two week version
- Four difficulty levels that range from relaxing to challenging to painstakingly difficult
- Brand new postgame content

UPDATE 6-2-20
- Changed more text boxes that I either forgot to fix in prior update or saw and decided to change to make things more clear
- Minor bug fixes
UPDATE 4-15-20
- Game has now been updated to the latest version of ZC (currently 2.53.1 beta 36, may update again with newer releases)
- Changed several text boxes to make things more clear in endgame
- In addition to the above change, a couple extra NPCs/signboards have been added
- Made a couple obscure Relic locations a bit more clear
- Fixed a tile error in the Moon Meadows that made a secret trigger not obvious
- Fixed a subscreen issue where the Revive Statue was hidden behind an odd black box
- Changed the look of the ice block to look more, well, icy
- Moved a spawn point in Radiant Caves in a more convenient spot
- Fixed solidity in places
- Fixed certain triggers that were not working properly
- Changed the appearance of the red Slipstream portal

UPDATE 8-18-19:
- Made a fix to a potential game breaking issue in postgame (recommended to update for this just in case)
- Fixed some oversights
- Added a disclaimer at the beginning
Story
Join Hirota as he makes a one way trip into this phenomenon known as the Slipstream in order to save his best friend and grandmother.
Tips & Cheats
- This isn't your regular hack and slash game. Each item and enemy has a specific damage type that determines how much damage is done to a certain enemy with a certain item. An NPC in the town details this a little more.
- If you feel overwhelmed or stuck in an area, try a different area and come back later with better gear.
- The town is important. Don't forget to level up and pick up supplies in the shop once you've unlocked it.
Credits
GRAPHICS:
Instrumentality by Moosh
Nintendo
RedTribeLink

SPECIAL THANKS:
To everyone that played the two week version and the beta from the 2017 Expo

(If I am forgetting anyone here, please DM me and let me know)

Edited 29 February 2020 - 01:24 PM
This was a really fun quest to play. I loved the original 2-week contest version, but it's great to see all the new stuff and concepts that's been added since. All of the areas are quite unique and the usage of the elements are very well done and clever. I found great usage of almost all the items and all the extra side content for levelling up and unlocking more upgrades was really nicely done. The general difficulty was quite good, nothing felt too easy or too hard and generally everything was quite balanced. The boss with Sharton was really cool and I had a blast with that boss.

I can't really think of anything negative to say, this seemed to be really solid throughout. Maybe the only thing I can add is that it wasn't too clear as to when the quest finished, since I was under the impression that I could move on to the next part of the Slipstream without having to do the optional stuff, but it turns out that was achieved through defeating Sharton, not a big deal though. As for very minor things, I compiled a quick list of stuff I came across, in this imgur algum here.

Overall, this was a really great quest and I'm looking forward to seeing what happens next! Easy 5/5 from me.

I dig the mario Galaxy/Odyssey music too.*

It is a bit tricky at first trying to figure out what to do, you don't get the sword at first, so using the candle type item often feels dangerous alone.

The gray crystal item in your hand that warps you back to the start of the map seems to get in the way while exploring areas, i find myself accidentally always clicking it, because i am so used to having the sword in that button.

Edited 25 August 2019 - 10:39 AM
I agree with Aevin's criticisms, but feel that the regular difficulty was actually a little easy while the next step up in difficulty was a little too much for my preference. It seems like the difficulty options lacked a happy medium for me. Part of that minor gripe is that I ensured leveling up at every opportunity and managed to find all of the life and magic scrolls. I don't really care about combat and enemy difficulty, because I'm one of those players who lives for the puzzles and gameplay dynamics and gimmicks, the latter of which Slipstream has in well-polished abundance.

The puzzles seemed to be pretty easy throughout, with the exception of a certain one in the monochrome end stream, which I had to look at the help thread for. Luckily, that obtuse puzzle doesn't lead to anything very useful. I enjoyed the gameplay dynamics a lot, though I had to go into the subscreen and switch between items and weapons a lot due to a wide variety of enemies who have different elemental weaknesses.

All in all, Slipstream is one of the most imaginative ZC quests I have ever played. I ran into zero errors and stayed interested during the 4 hours of so it took to complete this at 99%. Slipstream is somewhere between a miniquest and a full quest, and can definitely be beaten in one sitting. Those factors lead me to give the quest a hearty "5."

I enjoy the elemental combat and level up system. This was a favorite of mine from the contest awhile back, and it's great to see it updated with new content and polished mechanics. It has inventive areas that don't overstay their welcome. Lots of secrets to find with subtle but smart clues.

Let's talk about the weapons. On the whole, I think the weapons work pretty well. However, I feel like so few of them use magic that the prevalence of the magic bar in level ups seems a bit silly, especially in the early game, when it takes quite awhile to get a weapon that uses it. Another issue I had was with the arrows, which used rupees when fired. In a quest where your strength progression is directly tied to rupees, it made the arrows an "avoid at all costs" weapon for me.

Bosses mostly relied on Newbie Boss, but were generally well-thought-out and avoided most of the pitfalls some users of this script fall into. I played on Normal and had plenty of challenge. Really makes me wonder about those higher difficulty modes ...

The reward for collecting all the spheres was pretty disappointing. At that point, you could have just made them heart container pieces to reward the player earlier. It would be cool if there were a more substantial reward here. I was expecting something special. I also feel that adding another compass-like item to the skeleton's shop would be good, something that chimes when spheres or relics are on-screen so people don't tear their hair out over missing those last few super subtle ones. Something with a decently high rupee cost ought to do it.

If your update hasn't already addressed this, I'd also block off those few rooms in the monochrome version of the last area. The gates and push blocks there really make it seem like there's a way to get in, but it seems like a leftover of something that never got finished. In a quest that's otherwise good about its clues, this really threw me off.

I liked the concept behind Sharton, but his difficulty felt a bit steep for that point in the game.

Everything negative I mentioned just amounted to "minor annoyances" in an otherwise great quest. I'd love to see some of this stuff addressed to make the quest even better, but it's definitely a 5 star for me. I hope that sequel gets finished!

Repeatable application crash after a few seconds, in the ice room ("What's this ice block doing?") of the End Stream area. That's on 2.50 build 24 tho.