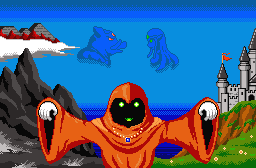 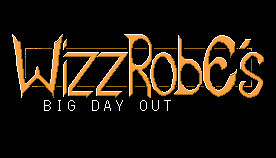 This is a mostly NES-style quest, with some cutscenes. The cutscenes are fairly front and back-loaded, so expect to be wowed at the start, and then the middle of the game to be primarily just be gameplay. The last part of the game, however, including all of Ganon's Fortress, is heavily loaded with story, cutscenes, characters and weirdness.

Cutscenes feature animated portraits, all drawn by me. Some are larger and more detailed than others, or they change as the game goes on for story reasons. Oh, except Din. Din isn't animated. Din is a statue.

This quest is very hard. I designed it for my friends to play, and they are quite good at this sort of game, and I wanted it to be a challenge for them. If you can't beat it, I'm sorry.

5/17/20: Fixed item placement bugs where enemy held items would spawn in walls if not picked up before leaving room. Fixed a ladder stuck glitch on the Dead Island.
Story
This story takes place after Legend of Zelda and Adventure of Link. You are playing as a Wizzrobe who broke free of Ganon's control by touching the Triforce of Power. He is completely bonkers. His goal is to defeat Ganon and take over the forces of evil for himself. Two other Wizzrobes touched the Triforce of Courage and Wisdom, and they too are awakened and free of Ganon. They are also... abnormal... and possibly Dutch. They are ostensibly your allies.

Ganon attacked Link and Zelda in the middle of their wedding! Link is missing, and Zelda has been kidnapped by Ganon's forces (although not after killing an alarmingly large number of them.). Wizzrobes ain't give a damn, though. They just want power, Zelda means very little to them one way or the other.
Tips & Cheats
1. If you skip or ignore dialogue, you will likely end up not knowing what to do or unable to beat a boss. Characters say important gameplay-related things.

2. All secrets that are better than rupees are indicated in some way. A bush standing on its own; the only flat rock surface on the screen; other unique terrain features; dialogue hints. If you go burning every non-descript bush and bombing every wall, you will find rupees, but that is probably all.

3. If something is way too hard, you might be there too early, or there might be items you haven't found yet outside of whatever dungeon you're delving.

4. Some dungeons have multiple entrances.

6. There are some very weird and very out of the way secrets placed in unorthodox ways. The more completely bizarre a secret is, the less likely it has something really important to find. So if you miss them, you're probably only missing a weird joke or funny scene. If you actually find the faerie, for example, no, she doesn't drop anything. It's not a bug. It's just a silly event. 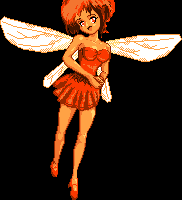 7. Translating the Dutch won't reveal any important gameplay secrets. If you're not actually Dutch, even translating it won't help that much in understanding. It's very slang-ridden, and everything Dutch Guy says is... very weird.

8. There are two endings. If you beat the game and you are super depressed and ready to cry, you got the bad ending. But the good ending is still possible to reach if you reload! Just... think about a better way to do what you just did?

9. Download the music. Jokes will fall completely flat without it.
Credits
Orotokohoho - Did the art for the intro screen after the title and the second to last screen in the good ending. He's really good at big sweeping vistas! Commission him if you need one!

SuperJer - The music in the snowy area and the Ice Palace.

Edited 05 April 2020 - 08:32 AM
I enjoyed this quest especially funny and humorous story and gameplay very much.
My Wizzrobe's Big Day Out playlist on YouTube

Posted 11 February 2020 - 08:57 AM
Just beat this last night and it was quite an enjoyable experience. It oddly felt quite nostalgic to the old 2.10 style quests, while also being fresh and unique with cool new things here and there.

This is definitely quite different to a lot of quests since you're playing as a Wizzrobe, and I like how a lot of the items were modified to accommodate for that. The quest itself looks really well made, I'm a big fan of all the custom tilework going on, it really freshened up the classic tileset as a whole. The cutscenes and custom artwork for some of them are very cool to look at, I can see a lot of time and effort was put into them, so really good job with those. The dungeons were quite cool twists on Z1-style dungeons, and the unique design of them all were refreshing. The overall flow wasn't too bad and dungeons were slightly above average in difficulty, but nothing too hard IMO, even the final boss.

There aren't many negatives I can think of, but three things come to mind. For one, some of the progression secrets felt a bit nonsensical early on since for example, I didn't think the Wand would ever work on an ice block, and I would have never checked some other places like using the Whistle to open the hint on the Black Isle on the mountain top. Granted, you are given the Lens of Truth so that issue was no longer a big problem, but just felt a bit odd early on for me. Another thing is that while the combat in general was fine, I'm not a big fan of placing Red Bubbles in rooms that are quite difficult to dodge. Two examples come to mind, which are the Ice Palace and the Catacombs. In the Ice Palace, I recall one room near the bottom middle of the dungeon with two Red Bubbles and a very cramped space. If I wanted to continue through, I ended up waiting around for quite a while for the bubbles to get out of the way before progressing, otherwise I'd have no "sword". Likewise in the Catacombs, I disliked how they were mixed in with enemies in one room on the left side that was quite tough to navigate. I found the Blue Bubble room shortly after, but I had to do the whole loop again to get back to where I was. I think an easy solution for this would be to either free up quite a bit of space of where the Red Bubbles are, add a Blue Bubble in the mix, or just simply remove them entirely. Lastly, I felt like the starting parts of the quest were quite slow, mostly because you have such limited magic and things drain magic rather fast so you have to keep grinding off bats or buying magic jars to continue exploring around. Without having a Lens so early on, this was kind of irritating IMO.

I quickly compiled a list of random things I found when playing, check it out here.

Overall though, it was quite a fun experience, some things were a little annoying due to what I mentioned earlier but I liked it a lot. I'd give this one a 4/5. Nice job!

Edited 11 September 2019 - 10:32 PM
This quest is funny.' I like it, but it is difficult trying to raise rupees and
survive the first dungeon with darknuts. -Also 1 health hp?.. that's kinda harsh to players.

Edited 31 July 2019 - 02:28 AM
Well im stuck got magic den got the Book (white sword) explored and all but no progress
but further its pretty challeging