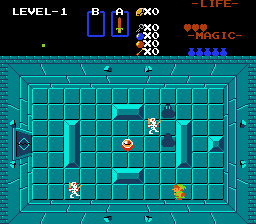 Overview Feature Quest
Information
Zelda has been captured by Ganon again! Go through 9 dungeons and 4 mini-dungeons, each one jam-packed with loot to collect! Be sure to check every wall, or else you might miss a secret treasure!
< >

Description
This quest is similar to a Dungeon Romper, but a main difference being that this quest has many items in each dungeon, and most aren't technically required to beat the game, but not getting them will make this quest an absolute pain. If you find any glitches, please tell me so that I can fix them. Just know that some things, like scripting, are hard for me to do, because it always errors out.
Story
N/A
Tips & Cheats
Buy lots of bombs.
Credits
N/A

Posted 12 July 2019 - 07:35 AM
This was a pretty decent quest. I can see that there was a lot of focus on just the dungeons, which is fine. I kinda eventually saw this as more of a "level select" thing in the end lol, so I'll just judge this on the dungeons. The dungeons themselves were pretty fun for the most part, and they certainly did get quite open ended later on. I liked the way you designed rooms with the new block types, it's not very common to see them being used outside of the typical grid, so that was quite cool to see. The difficulty and progression was balanced fairly well and I don't think any parts stood out as horribly difficult or too easy.

There were a few things I wasn't a big fan of. To begin with, there were three spots that come to mind where you had quite nonsensical design choices. If it weren't for looking on the help thread, I would've never known you had to use the raft on a random floor tile to reach the boss key in Level 2. Having a dock tile there instead would've saved this confusion because as it stands right now, there was no logic to it. Another one was in the ice dungeon (I forgot what level it was), where you had a L3 Stalfos and invisible solid tiles. When killing the Stalfos, the floor became walkable all of a sudden. Again, I don't understand the logic here and if you ran out of ranged weapons then you're kind of stuck at that point. Finally, the random super bomb block in the final dungeon threw me off really badly. IMO it would be best to remove it completely since you have to use another super bomb on it if you leave and come back. There was also no indication of it being a super bomb trigger and at first I thought you accidentally placed down a solid floor tile.

Two more things I didn't like were some of the design choices throughout the quest. While I can see Z1 design was your inspiration, I think it would've been better off to use less empty rooms throughout the quest. Maybe one or two per dungeon is fine, but I noticed those started to become far more common as the quest went on. Making up more of your own room designs to use throughout the quest, like with Z1, to fill up these empty rooms would be good IMO. One last thing, I'm not a big fan of the gimmick used in Level 8 and 9 with the ceiling tiles covering the entire screen. It was an interesting idea at first but then I think it got used a bit too much and became an annoyance after a while, especially with having to use the lens to navigate and fight along the way. Less of that would've been better IMO.

Overall, this was a fairly decent quest. Nothing stands out as great to me, but it is definitely not bad either. With some tweaks and additions, I think it can be better. I'm giving this one a solid 3/5.

Posted 05 July 2019 - 05:46 AM
Is the custom music supposed to be working? I noticed a few of the dungeon songs play nothing when entering them. I even have the 5th quest music in the same folder as the quest file and I still hear nothing. Not sure what happened there.

I am a guy 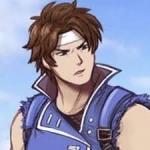