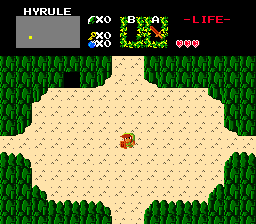 Overview Feature Quest
Information
With all the complexity going on, I thought it was time for something more simple. A good, easy, 9 dungeon quest with a few added perks. Created using the Zero Tileset, with a bunch of pallete modifications, and even an Overworld inspired by Saffith's Antiquity quest. Hope you guys enjoy!

Description
This quest is a very simple Zelda 1 style quest using the Zero Tileset.
Story
Gannon has captured Zelda yet again, and the Triforce pieces are scattered all throughout Hyrule! Link must gather the Triforce pieces and meet Gannon in the usual Level 9 location. But, beware, as new challenges exist, and even some new dungeon mechanics can be found!
Tips & Cheats
This quest uses 3 levels of potions, 4 levels of sword, 3 levels of boomerang, and 3 levels of tunics (rings) as added perks to the game. Also life and money can be gained by slashing grass. Maze paths can be found in levels 7 and 9, just before the respected bosses, and can be interpreted by reading the arrows on the blocks.
Credits
Larretronix for quest construction
Saffith for Antiquity (I took some screens for the Overword).
King Aquamentus for the Zero Tileset.

Posted 22 December 2018 - 10:56 AM
This was a fairly enjoyable quest all around. Nothing too complex or crazy, but for a Z1-style quest, it was quite nice.

To begin with, the quest played out pretty nicely. Exploring the overworld felt fairly rewarding at times, finding all those heart containers early on was quite the surprise lol. Most of the dungeons were fun and very Z1-like, which isn't much of a problem since it works with what you're going for, so I think it worked well for that.

There were a few things I wasn't too big of a fan of, and most of my complaints reflect on what's already been said by others. To start with, I feel like the quest is a bit too much on the easy side of things. Having the Red Ring handed to you as early as Level 4 was quite weird to see, and that drastically reduced the difficulty by a lot for the remainder of the quest. I feel like you could've overcame this by either placing much harder enemies for Levels 5-9 to accommodate for this, or removed the Gold Ring in Level 9 entirely and placed the Red Ring there instead. Another thing was that while the overworld was nice, I feel like the interconnectivity of the world could be expanded on more. The big issue here is that the overworld felt very "split" between the left and right halves, with maybe just one shortcut through a use of the ladder (and there's also whistle warps and the 3 stairs rooms). I feel like more paths connecting both halves of the world would make it easier to navigate through, similarly how Z1 had multiple entrances to get to specific places. On the topic of the overworld, I spotted a few tile errors where the top side of some mountain tiles don't have the same tiles as others (I can provide examples if you want, but a good example is the 2nd image on this quest page). Another thing I found is that if you run out of bombs in Level 9, you can get yourself stuck after the "Go to the next room" guy, where you're forced to F6 out. I'd recommend to leave those doors open so you can go back and get some bombs.

On the topic of Z1, I feel like while there is inspiration taken from the game, the quest may have relied on it a bit too much IMO. For example, I noticed that you have the same enemy combinations for all the dungeons compared to Z1 (plus maybe a few extras), items you obtain in dungeons are exactly the same, and that most of the quest progression felt very similar to Z1 as well. I think for your next quest, you could probably begin to try and experiment around a bit with dungeons by having your own enemy combination sets and to try and mix up the items a bit. This can make for some really interesting dungeon orders and layouts. Likewise, I would try to open up the dungeons a bit more too. A lot of the dungeons felt like a straightforward path without much of alternate paths or anything. Having something as simple as multiple paths to reach one area or having branching paths to get different items can make a dungeon feel a lot more open and really give a better flow. It can also avoid having something like Level 9 in this quest, which just felt like one linear path. Since you can have the magic key at this point, you could have definitely made use of it by having a labyrinth-type of dungeon with locked doors in a ton of places, and many paths looping around, similarly to Z1's Level 9. This would make things a lot more interesting for a final dungeon.

In conclusion though, this wasn't a bad quest at all. With some improvements here and there, and less dependence on Z1, I feel like you definitely have potential to make a great quest. I'm gonna give this one a 3/5.

Edited 04 December 2018 - 05:12 PM
Very good, simple and enjoyable quest.
The magic book does nothing, but other then that, it was a very good change of pace from the complex quests.

Posted 04 December 2018 - 10:36 AM
Now that you have fixed the Whistle Warps for this quest, I can properly rate it, having just completed it. You made a great Overworld in the original, 8-bit style with Dungeon entrances and other secrets scattered around. The Dungeons themselves were mundane in design, comparable to the original ones, but since this is apparently your first go-around with Zelda Classic, one can give this a pass.

I agree with IcyMind that you provided certain damage-reducing Rings too early; I was able to bulldoze my way though three Dungeons without serious worry of either losing a life or having to use the only potion I purchased. In the future, either provide a Red Ring later or add more difficult enemies shortly after the player acquires it, such as more advanced Darknuts or Wizzrobes. For example, if you were sticking with certain enemy groups in each dungeon, Level 7 would have been a great time to introduce Stalfos 3 and more advanced Goriyas, whose Boomerangs home in on the player.

Also, if the Master Sword is available, the enemies the player has to face after acquiring it–along with the Red Ring–have to be much more brutal than Fire Wizzrobes and Bats—how about one Death Knight before the battle with Ganon? I suggest you play around with the Enemy Editor and create either some tougher versions of the various generic enemies or your own enemies.

Overall, this is a solid First Quest variation. Just use what you learned from making it, plus some of our advice, and you will be a master quest builder sooner than you think!

Posted 04 December 2018 - 05:17 AM
I have to admit I didn't really have much fun playing this quest as it progressed, and I decided to quit a bit over halfway into the quest. You left the quest file open, so I took a look at the things I missed so I could give you a proper review.

I'll start with the things I liked. I liked the tileset choice, and most of the overworld was nicely designed. It was easy to get around and explore most places, especially around the spawn point. It was kinda cool seeing the master sword early on, which is something the player will keep in mind and look forward to throughout the quest. There was also a good amount of secrets scattered in the overworld, which is always a good thing. During early overworld exploration and levels 1 & 2 I was having fun, but sadly it went downhill from there.

Pretty early on I realized that major parts of the quest were pretty much copied & pasted from the original zelda quest, especially in dungeons. Almost every dungeon follows a strict pattern of the same enemies, items, and even rooms from the original zelda. On top of all this, there are many parts of the dungeons that are super linear. Level 5 is the worst offender here, with the earlier levels not being much better. The game difficulty felt about as hard as the original zelda, since there was not much difference in design, but then I realized I missed a red ring in level 4 while looking through the quest. That is way too early for 1/4 damage reduction and makes the game way too easy. The entrance to level 7 is also very flawed since it's impossible to avoid damage from the 10 blue lynels blocking the door. The middle-upper right section of the overworld is also poorly designed with long 1tile zigzag sections swarmed by lynels. You can't avoid damage here either unless you get lucky spawns or have the magic shield. The fairy fountains were very poorly placed and were not useful at all due to tall grass existing everywhere, which can refill your health at any time/place. The places that could've used fairy fountains were the ones without tall grass.

I've seen way worse quests, but the fun-killing factor for me was the overuse of directly pasted dungeon rooms from the original zelda. I'd give this quest 2.5/5 stars.

Posted 03 December 2018 - 04:33 PM
Very good quest. I really enjoyed it. The design of the over-world and dungeons is nicely done. The really liked the green colored 1 rupee pieces as opposed to the flashing ones of the original. Only complaint is that it was too easy and thus the game ended too soon. Hope to see a second more difficult quest with a similar design. 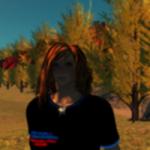 Posted 02 December 2018 - 04:02 PM
Ok guys, a new version should be up pretty soon that fixes the whistle warps and the remaining warp returns that were buggy. Hoping this all works out. Thanks guys!

Edited 02 December 2018 - 01:41 PM
So far, five dungeons in, the dungeons look like rehashes of those in the original Legend of Zelda. While this does not earn any points in dungeon design, I will understand that this is Larre's first go around with quest building, so I would give that a pass. Also, the Overworld is well built, just one inconsistency between screens 32 and 42 and a few misplaced Return Warps. Not bad for a first quest design!

Do not use the Whistle in the Overworld until Larre corrects the Whistle Warps, or else you will get stuck in a corner and will have to reset your game.

Really needs music, that is about 50% of any zelda game.

Posted 30 November 2018 - 08:13 PM
Ye guys, Also be aware that I did turn off the fire magic for the magic book. Did not know what to do with it there as of yet. The quest is unpassworded (open source) so I leave it up to you guys to do whatever you want with the Magic Book and the Wand. Thanks, and Cheers! :-)

Posted 29 November 2018 - 05:01 PM
This is the same road I'm trying to walk when creating quests. Simplicity for the win

I'll give it a shot.