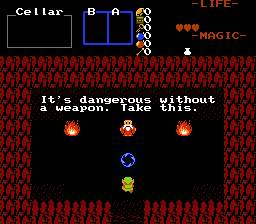 Overview Feature Quest
Information
The proper sequel to the Super Randomizer, BS Randomizer takes place in the overworlds and dungeons from BS Zelda.

Version 1.01 fixes some bugs, including one critical one.
< >

Description
Similar to the other Randomizer Quests, the main gimmick is all the items are shuffled around. Unlike the previous Randomizers, this quest takes place in the BS Zelda overworlds which are a little more linear in design. The same could be said about the BS dungeons, so I also created two more sets of dungeons to add variety.

Item collection is tracked, and item completion is a smaller 133. Not including bonus content, but why would there be any of that?

Based on the time mechanic of the original games, every so often something special will happen that helps out. Will you get unlimited sword beams? Better rupee collection? Infinite bombs? Take advantage of these bonuses, most are short lived.

New to this randomizer (and added as an update to the Super Randomizer) is the ability to use seeds for the randomizer. A seed as a 16 digit number that will reproduce the same results when used... assuming you also enable the same randomizer custom options. This means you can share your specific item arrangement with other players.
Story
Years ago Japan got a pair of games known as either BS Zelda or the official 3rd and 4th quests. These games were heavily based on the original Legend of Zelda gameplay, with a couple of advancements (and a time limit). Now, you can explore those games recreated in the NES tileset.

Oh, and rescue Zelda from Ganon, The fairy will show you the way...
Tips & Cheats
Most key items appear in early dungeons, so try to clear them out first.

Pay attention to the clues to find dungeon locations... including the Level 9s.

Unlike the original Legend of Zelda, the two BS Zelda games took place in very different overworlds. You can travel between them with a warp tile near the start or the warp rings.

1.01 Bugfix: Fixed an issue with certain weapons messing with important animation frames
Credits
Nintendo and St. Giga for the BS Zelda games.
The BS Zelda Homepage for the detailed maps used to recreate the games.
VG music for the midi files.

Thanks to all the testers who helped find bugs or suggest design fixes.

Posted 08 January 2018 - 06:44 PM
Very good quest. My only complain is the confusion resulting from so many levels which are not numbered in a way that a person can easily keep track of. There should be a number placed after each regular level in parentheses, for example: Name of Dungeon (1 of x) and so on so one can keep track of what level one has finished. I had to go back several times to find which levels I had finished because there were so many of them. Perhaps the bonus levels can be labels with Roman Numerals, e.g. Name of Dungeon (I of x) where x is the total number of bonus levels in the game.

Posted 07 December 2016 - 11:25 PM
The greatest quest ever made in this tile set which is also my favorite tile set. A must play. Do your best to get all 215 items and complete all 30 heart containers.

Almost immediately upon starting my quest, what struck me was the game's sense of compactness over Super Randomizer. The compactness of the original BS Zelda may have contributed to this, as I definitely felt an attempt to imitate their more straightforward, less passage-riddled shape and style of the EX dungeons. Aside from two exceptions later in the game (one of which I will name as 1-8, the Bell), I never felt hopelessly lost or the urge to make a map of my own while exploring the dungeons. And the main dungeons themselves were easy to find once I familiarized myself with the BS overworlds.

As for the plethora of secrets in this game, let me preface this paragraph with a huge SPOILER WARNING. There, now that that's out of the way... I loved every bit of the Lost Overworld. The sense of adventure from exploring the brand-new map, the themed designs of the elemental dungeons combining a classic aesthetic with modern sensibilities, and the well hidden bonus and super-secret dungeons presenting some very interesting challenges! Which brings me to my other point of frustration: True Chaos is the most evil thing I have seen anyone do in ZC, and that includes myself. And while I get the point of it, the search for the second item frustrated me to the point of seeking help in the help thread. You bet I'm making a note of its location in my guide.

The music was wonderful to listen to. Especially Infinity Mijinion, The Tank Girl's Dream, and whatever that song was from Floor 10 of ToTheTop. Once again, I'm making an exception for True Chaos although it was almost certainly intended to horrify the player.

I appreciate the attempt at balancing the items by hiding half of them in the secret world, and the final upgrades to many game-breakers inside the super secret dungeons. It made exploring the world thoroughly feel very rewarding while not making me too overpowered due to sheer luck in the beginning. Although I will say I abused the heck out of the chakram until I found the more powerful melee weapons...

All in all, this game is a wonderful improvement from the somewhat flawed execution of Super Randomizer, and I'm very much looking forward to starting Outlands tomorrow. 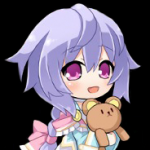 Posted 21 December 2014 - 04:39 PM
By far the best randomizer yet. The dungeons in the totally non-existent third overworld were a joy to play through.