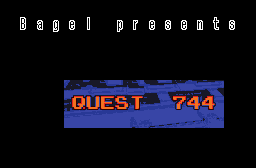 PLAY THIS QUEST IN ZELDA CLASSIC 2.53.

If you don't download this, most of the quest will have no music.

Extract the music files to the same directory as the quest file. If the music still does not play, delete "ag.cfg" from your Zelda Classic directory and then relaunch the game.

Quest 744: Legacy Edition is a Link-to-the-Past-esque quest with two worlds, 12 dungeons, lots of scripted enemies and mechanics, and an arranged soundtrack of classic Zelda themes. It is of a moderate length, about 8 or 9 hours. The overall feel is much like A Link to the Past and many of the sounds, items, and bosses behave similarly. There is a Magic Mirror, you can leap down from certain ledges, and several Link to the Past enemies such as Ropas, Bari, Popo, and more make an appearance. The dungeon design is also an attempt at duplicating the design philosophy used for Link to the Past's famous dungeons.

The quest has also been designed to be played repeatedly. I would love to see speed runs, green tunic runs, or 3-heart runs of this quest.

I arranged the whole soundtrack, aside from boss theme and the "got a Crystal" jingle being MIDI files. See the disclaimer section above for the download link for said soundtrack. It is quite large -- sorry for those of you with slow connections, but I promise it's worth it!

I put a lot of time and effort into this quest. I hope you enjoy it.

Story
Ganon has killed the king and princess, and taken over the Golden Land where the Triforce resides. Before they break out of the Golden Land and into the World of Light, 743 heroes were sent to stop him. They have not been heard from again.

A young teen named Link is the 744th hero to be sent. Will he be successful?

So basically there's not much story. Collect pendants, get the Master Sword, and then get eight (not seven) crystals.
Tips & Cheats
Credits


Special Thanks for help with restoring Legacy Edition: ZoriaRPG


The music was all arranged or remixed by me; check out my Bandcamp pages at http://744music.bandcamp.com / http://sevenfortyfour.bandcamp.com, and my remixes at OCRemix.


And of course, thank you for playing! ~

Edited 31 December 2015 - 09:33 PM
I honestly really enjoyed this quest. Nothing really frustrated me during my whole playthrough. The dungeons have a pretty solid design and have a nice difficulty, the overworld was pretty good, the custom bosses and regular enemies were pretty neat, the remixed soundtrack is pretty great and it's overall a pretty solid quest.


I give it a 4.5 rounded into a 5. I guess i could criticize it for being a little too standard, but since it's an homage to ALLTP, i'm not going to be hard on it for that. But i understand why someone would be bothered by that.

As for the quest itself, I would definitely recommend it to anyone, especially for someone just starting into ZC, as in it's current build it eases you into it pretty well. Gets you going with some very basic dungeons and doesn't do too much that leaves the player wondering what they're supposed to do. Overall a very straightforward adventure, and that's a good thing. The one downside to it was that it didn't feel like exploring got you too much. When I was able to go over the dark overworld more, I figured I would find Heart Pieces everywhere. But nope. Not even very many hidden little ruppee caves either. So that was the most disappointing aspect of the entire quest for me. I love me some Metroid, and one thing I always harp on in Metroid is secrets. Always secrets.

Again though, I still thoroughly enjoy it, and thanks to diving into a RAVE PARTY dungeon I got to experience some items that make one quite overpowered. And the overall straightforward approach to the quest made it easy for a scrub to get started. So I would definitely give my recommendation to it. Won't hurt your brain with block puzzles, has a rad rave party, and it isn't frustrating.

Edited 26 October 2016 - 04:21 PM
---------
Edit: Staff contacted me an basically told me that I'd have to bump up my rating for all quests I have ever reviewed by one star. Note that this does not reflect my own opinion on the matter, or the quest, but just that it was something I was made required to do.
---------
Quest 744. If I had were to describe it with only one word it would be: "generic". Luckily, this isn't Twitter, so I'll go into details.


If I were to rate this quest solely on gameplay, I'd give it a 4. For the most part it's solid, but there are some design issues here and there. The boss in the ice dungeon comes to mind, what with the floor being covered in traps, leaving the player with no spot to dodge should the boss stick around in the middle of the screen. Another example would be the dark room mechanic, which really didn't add anything to the experience if you ask me. But all in all, the quest was enjoyable to play from start to finish. Even though there were a few dips in quality here and there.

What takes down the rating, and my views of the quest, is how generic and safe the whole quest feel. There are very few new ideas here, and even concepts taken from other places, (dark world, etc.) have not been expanded upon in any noteworthy way. The world is not really interesting to explore either, as everything feels oddly familiar, and in many ways comes across as expected. And that's not to mention the narrative, which comes across as terribly forced. This isn't a narrative driven quest, far from it, but the dialogue and the overall plot feels entirely contrived, and hurts the experience. It seems to want to come across as quirky and funny, but somehow completely misses the point, and in many ways, fail to capitalise on obvious jokes.

Graphically it's not very inspiring either, sure it looks good, it looks like alttp ported to the ZC engine. I realise that was probably the point, but the quest kind of loses it's identity by not even attempting the "new coat of paint" approach. A lot of attention to detail in re-creating the alttp feel also feels entirely misguided. Such as when I had it explained to me that the ice floor in the ice palace is only animated in the large rooms because that's how it was in alttp. It's as if the author didn't question if this was even something worth doing. From my perspective, such a decision only hurts the consistency of the graphics, without actually providing any gain.

Would I recommend the quest? I mean, sure, it's probably going to be enjoyable. Just don't go in expecting it to be anything you haven't already seen before, because if you have played zelda games before, you have probably already seen everything this quest has to offer.

Posted 08 March 2015 - 04:18 PM
Just finished the quest with 24 deaths, clocking in at just over 17 hours. Was not disappointed! The AlttP nostalgia is strong with this one, from the tileset, enemies, level designs, bosses etc. The arranged soundtrack was a very nice touch (dark world level 4's was my favorite, never would have known it was a remix of Key Cavern from Link's Awakening!)...Eppy's Troll Dungeon (aka Secret Tunnel) was nice and challenging, and visually impressive too, and the techno music really got me going through it to beat it (that boss, though

). Overall, stupendous job, Bagel, at recreating (for the most part) A Link to the Past, a classic if ever there was one, on Zelda Classic, a feat that I am sure was not easy in the least! The scripted bosses were excellently done (in particular Blind the Thief, Agahnim and Ganon, the others were great as well :-). The majority of the enemies were nice and unique (I liked the idea of giving Darknuts boomerangs...yes, even Death Knights *shudder*.
One thing I appreciated highly was the excess of healing rooms. I understand this quest has gone through many revisions, and the original apparently was heinously difficult, but even now, it's pretty challenging, so here's my pro tip: as is the case with most quests, whenever you find pots in a room, kill all the enemies in that room, if you can, and keep entering and exiting until your health is full, as the pots respawn. That gets you through the tough spots, usually in order to snag an elusive key you need.
The levels themselves were designed quite well, especially in the Dark World (levels 5, 6 and 8 come to mind for me). The Light World levels were pretty good, though they were more of "tutorial levels" really. But still nice! The Magic Mirror was used to perfection, and again mimics the original awesomely. My only wish is if it could warp you back to start like the original one could.
I was short 2 heart pieces...perhaps I'll look for them someday.
Congrats to everyone involved in this quest, all of your efforts show and I was very pleased with what I seen!
5 stars all the way! ---Soma

Posted 06 March 2020 - 10:15 PM
i take the eagle shield before a going to take the chest with the small shield of the zoras flipper cavern and i lost all my shield it is normal??

Edited 01 March 2020 - 09:16 AM
For some reason, I seem to be able to walk right across pits no problem. Unfortunately, this also means I can't fall into holes or fall from higher floors in caves and dungeons. This will probably be a gamebreaker at higher levels. I am running 2.53.0

Update, aaaand it looks like I can walk over lava just fine too. Can't walk over spikes without injury at least. Walking over slippery ice seems to also be working as intended. Looks like I can't get the items in Level 3 since apparently I have to fall down from a higher floor and can't. 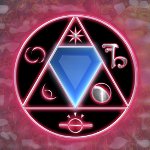 You should probably playtest this, and replace the .qst file in your package with it, so that the quest works properly in 2.53.0. I will look into a system fix for this in the future, so that there is a proper QR for this behaviour, as there should have been in 2.50.2.