Overview Feature Quest
Information
An epic quest spanning across an enormous overworld, 9 full overworld screens in almost 50 named areas.
8 dungeons, 8 minilevels (dungeons or big caves), 7 more optional dungeons, then level 9.
A world map creates a expanding array of shortcuts to quickly get from place to place.
More than 90 songs arranged from a variety of old games. A new one for each area, dungeon, minilevel, more.
Moderate difficulty? Extremely thorough walk through, including maps for every section of the game.
< >

Description
An epic quest spanning across an enormous overworld. There are 8 dungeons, and 8 minilevels (dungeons or caves). You can go through 7 more optional dungeons before finally going after Ganon in level 9. A world map creates a expanding array of shortcuts to quickly get from place to place. Tons of songs arranged from a variety of old games.

The overworld should look a little familiar, I got the idea looking through the packaged booklets from my old Zelda cartridges. I made the game easy to moderate difficulty I guess, it's hard to tell. I also made an extremely thorough walk through for the quest, where you can choose to see limited information on where to go next, a detailed set of instructions for what to do, an item/HCP checklist with locations, and complete maps for every section of the game. Check the read me.
Story
Story, abridged version....
Somewhere between Zelda 1 and Zelda 2 on the timeline:
Ganon appeared out of nowhere. He stole the triforce, but luckily the triforce of wisdom had been split up across the land to keep him from getting his hands on it. He waited for somebody else to do his work for him. Ganon attacked the newly built North Castle and took it for myself. Luckily, the King had not had a chance to move everything and make it his new home.
The forces of Hyrule were divided, although most of them stood in the Great Palace, an old castle where the kings of Hyrule have ruled for generations. There was one village that had to actually move from their homes into the nearby mountains. A small entourage protects a young swordsman of the Link bloodline as he travels from the Great Palace to the hidden safety of New Kasuto, and was ambushed along the way. He finds himself unarmed at the entrance of a cave with enemies all around him.
Tips & Cheats
- Each level has 2 items in it, plus a heart container and triforce piece.
- Each minilevel has 1 item and a HCP for the boss (the first minilevel has a full heart container).
- 4 of the optional dungeons have an item and HCP (the first has 2 of each actually)
- 3 of the optional dungeons have a magic spell and a magic container.
- Each town has a HCP within its boundaries, or in an area next to the town with no enemies at all.
- Bombable rocks are all obvious in the overworld, most burnable bushes are too.
- Your bombs and fire will not hurt you.
- Getting lost in the Lost Woods is easy to do. Use the whistle to open a portal to the beginning.
- When you die or quit, you start out with full health, which is great for dungeons. Do you need to get back to one of the rooms near the entrance, but don't want to go through all those rooms to get back? There's no downside to strategically quitting and continuing (unless you're trying to collect rupees or refill bombs along the way back).
- Walkthrough.... I can't make it any easier than that.
Credits
me me me. Is that selfish? Then here's some more people.

Tiles taken from Radien, PrinceMSC, Ccc, Marcus, Wild Bill, plus some custom tiles I made myself.

Music direction by me, with help from knives, maxov, and johna.

Beta testing was pretty much all me until some of you fans find mistakes. I played through so many times I'm sick of looking at the quest.

this version 0.9
FATAL BUG FIX: L9 1st Floor got stuck. I used an apparently-unintended exploit (the x makes it sound cool) of the room rules for it to work. When the bug was identified and removed in v2.5x, my exploit broke, and you couldn't get through the room. Running old zc v2.10, you are able to get through L9. It looks like this has been broken in 2.5x since at least 2016, but probably was somewhere in the beta before 2.5x's official release.
bug fix: A locked door in L9 2nd Floor should have been 1-way instead of shutter on the other side. It acted as an unintended trap to make you repeat rooms, if you didn't have the magic key and if you took a particular route, although it was just an annoyance. Now the door is no longer a trap.
bug fix: A re-enabling bubble was missing from the Secret Grave dungeon in the large graveyard.
bug fix: Rocks were added north of North Castle to prevent somebody from getting stuck.
rebalancing: Added re-enabling bubbles to a room next to the starting room of all dungeons/minidungeons that have permanently-disabling bubbles somewhere in them.
rebalancing: Ruto magic game, the crazy impossible room has a second target you can hit and the timed warp has been removed.
aesthetic: One overworld screen had a black square under the armos instead of the same tile as the ground.
typo: Fixed the name of Midoro Palace on the dungeon map.
typo: Fixed ending credits link to PureZC.

Posted 28 December 2016 - 10:08 PM
I just recently, over 8 years later, found this quest as well. I enjoyed the massive, 9-overworld Master Quest chapter 2, despite the fact that quest isn't really finished and is buggy. It stands to reason I sould like this 9-overworld quest as well, seeing that exploration is my thing.

Well Nine Villages is a faithful NES-style quest that delivers on its promises of a massive, yet navigable overworld. In particular, the lost woods is pretty brilliant. All of the extra mini-dungeons and caves compliment the nine main dungeons to balance out the mass of overworld exploring. Difficulty is moderate, secrets are mostly obvious, and I took about 23 hours start to finish to 99% this.

On the negative side, there are many, many questionable design choices and flat out bad gimmicks that are inexplicable and drag the rating down. Some that come to mind are the wand-game in Ruto, the use of sword/item jinx bubbles without any blue bubbles anywhere nearby, and I feel excessive use of vires and splitting darknuts. Those two enemies, being always respawned, make navigating the later dungeons much more tedious than need be.

Interestingly, this 2.10 quest does play very smooth and really doesn't show its age. Also of note is the excellent support and walkthrough pages provided at the author's website, linked in the quest's readme. I can't recall such great documentation outside of IoR 's wiki page. I would recommend this to any one else who likes NES-style exploration quests.

Posted 25 October 2011 - 12:42 PM
This was one of my favorite quests to play. I love the vastness of the world. It is large but you also have a warping system that makes navigation easier. The difficulty curve is not so steep as to be torture, but it still is a challenge, especially at higher levels (which is good design IMO). Very solid from start to finish! 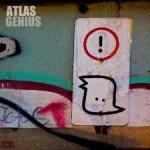