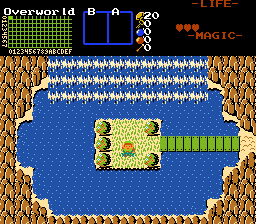 Overview
Creator: Mr.ReDead Status: Inactive Genre: NES-style ZC Version: 2.50.2 Project Started: 05 Apr 2017 Project Opened: 30 May 2017 Project Closed: 06 Mar 2019
Information
This is a remaster of my first built, completed quest, Link's Rise. This remaster is going to adjust many things and fix many bugs that I didn't fix in the original release of the quest.
< >

A remaster of my first built quest, Link's Rise.
Ganon has been resurrected again. (No surprise there) And Link senses that Ganon has taken Zelda again. So typical Princess doing her thing, Zelda broke the Triforce of (Courage or Wisdom???) into eight fragments and magically teleported them to resting spots in eight well guarded places just before Ganon took her. Yet again, its up to Link to find the Triforce fragments and rescue Zelda. (AGAIN.)

~Observing the scaling of this remaster, Heart total will come to 20, removing 4 from the original 24 count to allow more Heart Pieces to be hidden, removing the absurd amount of heart container gets within.
~More shops may be around by comparison; New Super Bomb secrets make this somewhat required.
~The world is going to look different and better ~ Dungeon layout will be updated and changed around to allow dungeon-item puzzles. ~ Dungeons after L3 will be significantly shorter than their original design; applies to minidungeons too.
~There will be new music ~ Quite a bit more, and variation will be added to dungeon music and boss battles.
~Some scripts will be used ~ Probably simple ones like Enemy Music for bosses and mini-bosses, and messages.
~There might be some new areas to explore ~ Most cave -> item rooms are changed to go to an actual cave map or are removed in favor of a treasure chest get. A new cave or two for certain dungeons.
~Many bug fixes ~ Plenty.
No comments found!