1 reply to this topic

first off, welcome to the rebrand and title screen:

as i've been working on this quest, the working title of "swords" was something i wasn't sure was going to stick. was there going to be an emphasis on sword "lore" or whatever? i wasn't sure of an overarching plot device; i was more focused on completing the overworld before diving into anything like plots or dungeon design.

since the overworld's been finished for a while now, i've been designing the dungeons and working out a plot. i'm still focused on the main design goals for the quest - the four main dungeons, the twelve mini-dungeons, the cave networks, and a story that the player can choose to dive into if they wish.

with the main dungeons, the big issue for me was figuring out what exactly Link was going to acquire at the end of each main dungeon, and how it tied back into the plot to some degree. as the main dungeon "treasures", i introduce the three crests:

the original plan is still in motion - the player can collect as many (or none) of the crests as they want - they can storm the final level as soon as they get the first sword.

as easy as it could be to force the player to follow a specific path, i want the world to be open for them as soon as possible. there will be specific mini-dungeons the player will have to find and clear on their way to finding each main dungeon - but the order they choose to do each one is totally up to them.

if i really want to nitpick, this also means that this quest is less "metroidvania" and more "nes-style" now. more fitting considering the amount of dungeons on the map, but the exploration of the world is still important to the gameplay.


in terms of quest development, a lot of focus has been on implementing scripts and refining existing parts of the world over new sections for the time being. the fourth mini-dungeon is close to completion, which will probably be the end point of the first demo. i'm currently in the process of re-writing every bit of npc dialogue into tango, as well as adding extra stuff like dialogue choices that the zquest engine can't offer without the help of scripting. i've also been busy working on new bosses: 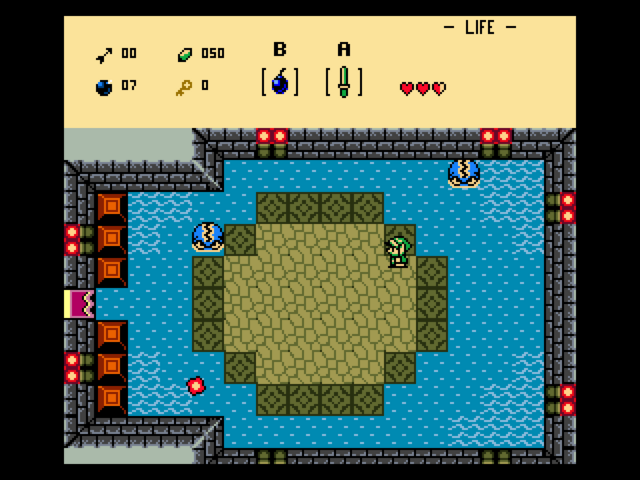 i'm using moosh's newbie boss script for the vast majority of the new bosses i'm putting in the game so far. these are based on the omuai mini-boss from oracle of seasons, except instead of diving into the water they just teleport (i'm guessing there's a way to make them have dive animations with the script but i haven't really looked into that yet).

the main focus of these scripted bosses is having that signifcant degree of challenge - not enough so people will rage quit, but enough so it isn't just the usual Z1 boss reskins (this dungeon's boss was originally aquamentus lol). zelda classic and zquest have come a long way in the ten years since i last used it seriously, and with all of the incredible scripting and features there are now, i really want to push myself to make a quest that won't be terribly dated in another ten years. 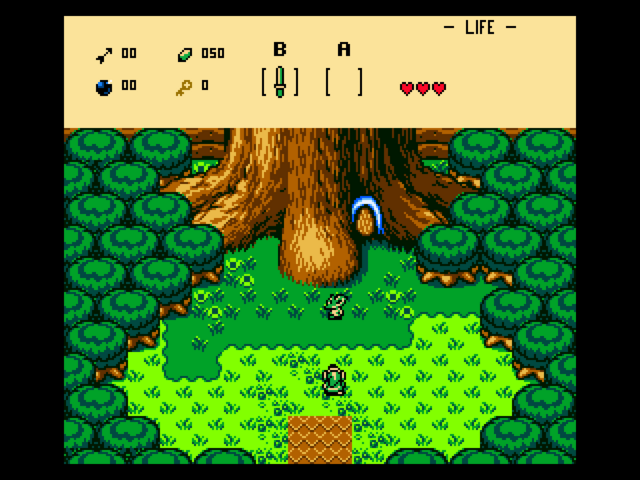 i'm adding a "hub" area of sorts, although it's probably closer to what purpose the maku trees served in the oracle games. inside the tree, i'm planning on having a "trophy room", dedicated for the bosses that the player kills, among other rooms that'll benefit the player. i don't think it'll be too hard to implement - something like moosh's npc script to make the boss trophies appear when they're killed - but it's just something i thought i'd add for completionists. after all, shouldn't the player be rewarded for killing every boss in the game?

This looks great and I really like your concepts of making it so open world and adding the hub area with trophies!