hi i would like to ask a question. I don't know if i did already ask that but i need you to be honest: There exist a ffc script that would lit a fire in a torch BUT the fire wouldn't lit off if the player left the room and still trigger something ? Well i say you that because i was thinking about making torch in separate places in the same room but without having Link to lit them all immediately. Like that for example. 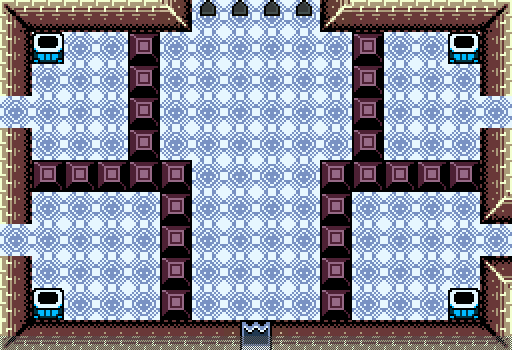 That would be very helpful if that kind of puzzle would exist. Of course that would trigger a permanent secret

Im pretty sure if the room type is set as dungeon a secret is permanent unless its a block flag. You could use tiered secrets as opposed to the script if you are wanting it vanilla. Im pretty sure you can make it to where you light one, leave the room and re enter, light the other, and so on until the puzzle is finished
Or you can set screen flag as secrets are permanent

Tiered secrets wouldn't work, since even with permanent secrets it would only ever trigger the first tier. The screen would load in its default state (nothing lit), check the secret flag (secrets activated), then activate the secrets (first torch lights). Any subsequent secrets aren't saved in the room data.

It might be possible to set up a chain of dummy rooms, screen state carry overs and direct/timed warps and get it done, but easier to use a script.

yeah that's why i wish to know if there's a simple script of this.

2 things: Firstly, this does NOT BELONG IN 'Scripting Discussion'. It belongs in 'Script Requests'.

Secondly, it should follow the rules for 'Script Requests'; one of which that is notably absent is saying what ZC version you want the script for.

Back to Scripting Discussion