14 replies to this topic

So I'm using Avaro's "Scrollwarping Doors" script, and I've noticed the way its interacting with pitfall combos is... problematic.

Rather than putting me where I entered the screen through the scripted door as shown here: 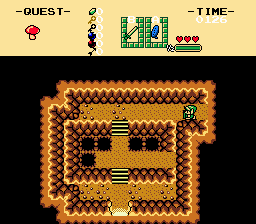 Falling in the pit will put me at the edge of the screen instead: 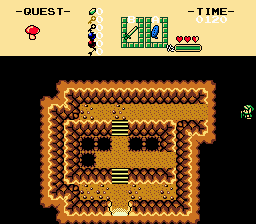 I'm confused as to what the cause of this could be, or whether there's even a fix for it. Someone else said they've used this script with the pitfall combo type before and it worked properly so idk.

This is because the feature to set in-engine pit return points was only recently added.  This block here will set the pitfall return point to whatever the player's current X and Y values are:

You'd need to add this to the door script so that right after it puts the player where they're supposed to be on the new screen, it also sets these.

Blessums, sir. The help is much appreciated.

Well, I've run into yet another problem with this script in 2.55. 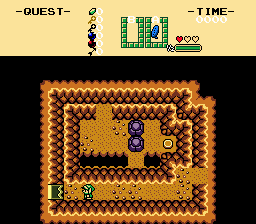 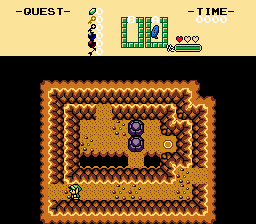 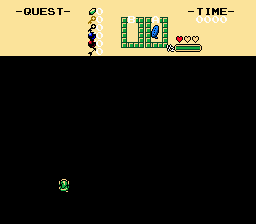 I'm using the scrollwarping shutters that are included as part of the script, and instead of taking me to the next screen when I walk through an opened shutter it just... warps me into nothing.

I've no clue what the cause for this could be. I'm assuming its something in the script not working in 2.55. I even tried a different shutter script (Moosh's GB Shutters) and the same thing still happened, so yeah.

I dunno if its best to just request a new script specifically for 2.55 or not. All of the other old scripts I'm using have (so far) worked without issue, its just this specific one acting up atm.

It does not appear as though that shutter script actually does any warping whatsoever? Which, would indicate, that when you walk through it, all you are doing is doing engine scrolling to the next screen. Which indicates that you have something set up wrong in ZQuest, not with the script.

I'm not sure what I could have done wrong as I'm using it the same way as I have in previous quests (like Go Gollab) where it worked fine.. I even checked that quest to make sure I wasn't doing something differently, and as far as I can tell I'm not?

I also removed the other scripts in the quest file to make sure it wasn't some sort of script conflict, but the problem still persisted.

Do you have a sidewarp set up at the side of the screen there? If so, is it set correctly? Again, nothing in the script involves warping or taking you to another screen, so I don't see how this can be related to the script at all; you likely have an engine issue like improper sidewarp destination or somesuch. Make sure you account for dmap offsets when you are setting warps!

I don't have any sidewarp setup on that screen, it isn't supposed to be needed for this script. Prior usage of the script worked without it, but I did try it just in case and the problem persisted.

The doors without a shutter work fine just fine, but for shutters it does this and I have no clue why.

I'm very confused. Nothing in that script has anything to do with taking you to another screen. Nothing. It has no warps or anything. So, what is going wrong? Can you show a video of what's happening, or perhaps post the quest file / scripts? (feel free to dm them to me on discord)

EDIT: Wait, found a thing. I'm blind. Give me a minute.

...yeah, I have no idea. The "ScrollWarpingDoors" ffc script should be setting up the sidewarps for you, and the global active should be forcing that to run.

Yeah, I do. They all work except for when a shutter FFC is involved.

At this point, I'm stumped. I'd ask Avaro, as it's his script.

Yup, I already contacted him before making this thread. His response pretty much summed up to "good luck".

I appreciate you trying to help regardless.

Yeah.. this script has multiple issues in 2.55. Not sure what to do yet. It's a fucky script in the first place, to be fair.

If someone were to make a new 2.55 version of this script I would forever be in their debt lmao

Actually, I was just being dumb in my test.

The script works fine in 2.55, including the shutters. So that's good.

Only need to add Mitchfork's fix for pits.

Back to Scripting Discussion