26 replies to this topic

This is the announcement thread for my latest project, which is an experimental quest with non-traditional ZC gameplay. 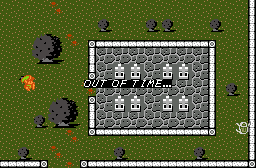 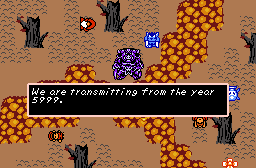 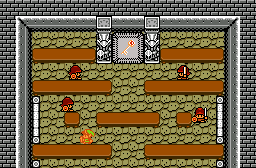 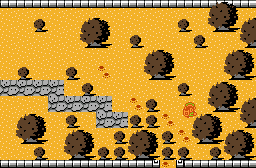 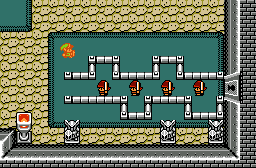 The whole quest is like a single big puzzle, which you have to solve under a time limit. Many actions will also make the clock tick faster, so after getting acquainted with the game world during your first runs, you will have to plan your moves and find the optimal ways to do things. There are often alternate solutions to solve the puzzles, but some are more efficient than others.

You have to start over after your time runs out (or after you die in a boss fight), but thanks to the clues and knowledge acquired during each run, you will be steadily figuring more things out and making progress towards the ultimate goal. Be aware that, among real clues, you may also find red herrings that will only waste your time! Can you figure out what is a useful clue, and what isn't?

For completists, there is also a totally optional and cryptic meta puzzle hidden in there.

Your quest file is saved at the end of each run (since the quest does actually remember some of your progress), so make sure not to quit in the middle of a run if you feel progress has been made.

WORD OF WARNING: Because of the nature of this quest, is it very easily spoilable, so you should not watch a stream of it if you intend to play it later on. Similarly, I'd like to ask to any potential streamers to warn their viewers about this beforehand

(The quest is currently under beta testing) The quest is out: https://www.purezc.n...e=quests&id=712

This sounds absolutely crazy. In a good way, of course. I might stream it, or probably let's play it to be on the safer side of things.

I have considered similar game concepts myself a few times, I'm curious about the execution as well as themes and puzzles. Hopefully I'll get around to playing it once it's finished.

I have considered similar game concepts myself a few times, I'm curious about the execution as well as themes and puzzles. Hopefully I'll get around to playing it once it's finished.

Jamian is a pretty qualified and proven quest designer, I can say confidently that Jamian understands good execution. I've already had a run with this quest (as part of the beta team) and the only critical feedback I could give are literally nitpicks. I hardly even felt that helpful because the quest is designed very well.

Yeah I have played a fair few of their other works, I mean more that there are many different directions you can take the concept, so I'm intrigued to see *where* it goes. I generally don't worry about quality till I get around to playing anyway.

I'm thinking of releasing this either later this month or early next month. So far no testers have found the well hidden secret, but it is admittedly hard to find

I wonder if someone will find it eventually.

I'm thinking of releasing this either later this month or early next month. So far no testers have found the well hidden secret, but it is admittedly hard to find

I wonder if someone will find it eventually.

If you want a new tester you found one, I like when secrets are there to be found!

Anyway looking forward to play this!

I'm not really looking for more testers, but you're welcome to try and find the big secret when the quest is out

I'll probably wrap things up and upload this during the upcoming week. May this quest provide an enjoyable distraction for you in these days of confinement.

The quest is out

I will try this out. I dunno if I'll be able to finish it, but it is definitely a cool concept that I'd like to see.

EDIT: This is a lot of fun so far. Very addicting. I'm keeping notes on all the stuff I find too. Been playing for about 50 minutes.

Yoshis for the win!

Okay, I need a hint. I've tried searching everywhere, recounting all my hints, and such.

Spoiler
I have found 5 numbers; "4" from the courtyard chest, "6" from the prison chest, "9" from the throne room bookshelf, "8" from the throne room secret passage, and "7" from the pillar in the code room. A guy gave me a hint to sort them in descending order, which I've done (highest to lowest); yet this doesn't solve the room. I've tried ascending order, switching 7 with 1 in case I read it wrong,  using double 9's in case 6 is an upsidedown 9, vice verse with 6's, etc. I cannot figure this out, and this makes me think I'm missing a clue, yet I've been absolutely everywhere.

There are a few things that stick out to me like a sore thumb. First of all, the ritual lunatic. I have no idea what it accomplishes. I tried repeating it, but no dice. Secondly, the heart ring. It's so out of the way that it makes me thing it has to have a purpose, yet I can think of none, and the ritual guy won't take it from me.  Thirdly, the blue candle. I've found exactly one purpose for it tied to what I believe is that optional meta secret, but I am unsure if there's any other purpose to it or slaying the aquamentus. The entire graveyard is also suspect because it only houses a key, a hint, and the aquamentus; are the extra graves there just to waste your time?

I'm seriously stumped. I have no idea what I'm doing wrong, and the time limit doesn't give much room to experiment.

Spoiler
As a general note: some parts are red herrings. You have to figure out what looked important but turned out to be a waste of time, and what was actually important. I've slightly edited the quest description to better reflect that.

You are missing a hint from the graveyard. Try pushing more graves! You are close to the goal.

Yoshis for the win!

Beat the game. Though...

Spoiler
Could I have a hint on where to start looking for hint number 2? I'm not even sure where to begin looking for that, and I've looked throughout almost the entire map. The only place I can think of is the catacombs, but I'm unsure what to look for there.

Beat the game. Though...

Spoiler
Could I have a hint on where to start looking for hint number 2? I'm not even sure where to begin looking for that, and I've looked throughout almost the entire map. The only place I can think of is the catacombs, but I'm unsure what to look for there.

I haven't really gotten any further than you on that stuff, nor do I honestly feel like it's something I wanna mess with. I do have some weird/dumb ideas tho, idk how useful that is:

Spoiler
1. Take part in the ritual willingly while having both rings.
2. Catch up to the old man running away using the ladder on the bed or something.
3. Yelling The Darknut Within (or similar) on that screen with the darknuts. :Y