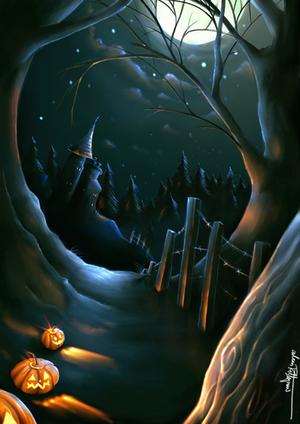 I'm very late announcing this, I've just been having a lot of mixed feelings about my channel and was really even wondering if I wanted to do Halloween streaming this year, but then suddenly I realize I had already started. I guess it's one of those traditions I don't want to break. However, I should have been quicker announcing this on PureZC because there are fans of this series who are not in my discord channel and are probably not aware that I'm currently streaming.

This year, I wanted to feature another Classic Castlevania game, a Metroid game, a Metroidvania, and even introduce gritty survival horrors into the mix. There was simply no question as to what Classic Castlevania and Metroid game I wanted to play. I've been wanting to play Castlevania: Bloodlines for ages, just to see what Sega did right that Nintendon't since the massive failure that was Dracula X. Also, with the release of Metroid: Samus Returns on the 3DS, a bunch of videos and discussions started spawning comparing that game with the fan game that Nintendo shut down. I knew I just had to try one of these games. Since I don't have a 3ds that can record, the most obvious choice I went with was AM2R: Samus Returns. As for the main series, there will be two more games I will be featuring, a Metroidvania and a random Steam Game I'm just going to keep a secret for now. I am undecided which Metroidvania I want to play, they're going to be direct Castlevanias and they'll be one of the DS ones that I haven't really played to beat. I did play them last year, but only just to introduce myself to them and I haven't given any of them any serious time. I want everybody here to vote to which one they want me to play, so this topic will include a poll.

I would also like to mention that I've been featuring more gritty Survival RPG or Survival Horror content this year. But I decided to make these livestreams youtube exclusive which means they are just unedited livestreams I just play for fun. They are great for people who like to just throw on a livestream for hours and are not fan of my usual episodic formula. Survival RPG is a made up term for what I consider Fallout 4 and Dark Souls to be, I'm not playing Dark Souls right now because I played that towards the end of summer, but I am playing Fallout 4 on Survival Mode, the game does have a little fear value to it because of the high risk gameplay. Survival Horror games I'm playing this year are Alien: Isolation and now Dead Space 2 has taken priority because of my anger towards EA Games for shutting down Visceral Games. I've decided to play Dead Space 2 on Survivalist which kinda terrifies me because I only beat this game on Normal once, and that's with assistance from paid content (which I regret using now).

Livestreams are no longer scheduled on my channel, you'll just have to catch them as I announce them in the topic. I also do not announce youtube livestreams here in PureZC or my discord server because some of my fans find those livestreams a bit distasteful due to their gritty and violent nature (Check below for more details). If you want to watch me play games like Dead Space 2 and Alien: Isolation, I suggest you subscribe to my youtube channel. If you want to follow my main content on Twitch, I suggest you either join our discord server or follow me on twitch, or keep up to date on this topic for stream announcements.

All my Lets Plays for Halloween that are edited into Episodes will be featured on my youtube channel with a Halloween specific Pumpkin Border if you miss the livestream on Twitch. Just keep out for the Pumpkin Borders if you want to catch these epidoes on youtube. Livestreams will just go online and random on youtube and all these types of videos usually features a blue border. If you're subscribed, you're probably used to seeing this content by now.

I will be sharing my main episodes here in this topic after all the videos are finished, this might appear a week or so after Halloween, so it's better to keep up to date on my channels and discord servers.

[Note: Due to criticisms of sharing my livestreams to an audience that do not find the content in good taste or are not even slightly interested in, I'll probably only share links to the livestream playlists as an alternative afterthought because I believe most of my fans here on PureZC are not interested in watching gritty streams. I also would like to stress the fact that I don't say this to sound condescending, I was actually criticized by a PureZC member for sharing this type of content and was told that this isn't the type of content this community wants to see. So if you feel that I'm being condescending, I'm sorry to hear! If you do feel I'm being exclusive and if you feel that I may have handled the criticism poorly, just send me a quick message and we can discuss the subject. Maybe I'll give my livestreams priority again like I did before I received criticism for that type of content.]

- Coming Soon (Will be posted in their own Topics) -

Back to Let's Play!