66 replies to this topic

I think there's a glitch, in Asthenie's dream (Friend) I can't use the raft at a certain dock.

Oh wait do I need flippers?

Uh oh, I'm stuck. I don't have flippers and I have no way of exiting the dream. 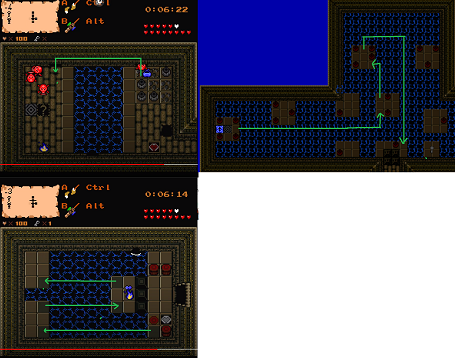 That link worked.  I finished the school and I'm back on my way.  I will say it was probably my least favorite level thus far in terms of design.  It was frustrating at times.  But overall I'm very impressed with this in most respects.

Thank you! It's a hard level yes, maybe I'll make it easier

I finished my run, and I loved it!

I'll try to finish it this time up to the "main" ending...

The pragmatic ending should I call it? It's where you meet the "creator" of the Ifs, and he explains as to why they're dangerous for humankind. After the final dungeon, he asks if I should join his quest for eliminating all Ifs... and I agreed.

I found the problem. Thank you! & I watch all your videos and you're strong for found bugs, I really need it, I repair all of them!

I could release a version without too many bugs thanks to you!
The disadvantage of releasing a game with so many paths is that, despite 20 testers, it is impossible to find all the bugs since there were paths that weren't used much.
Do you need a new save point?

I finished my run, and I loved it!

I'll try to finish it this time up to the "main" ending...

Thank you a lot! The baloon level was not too hard?

Thank you a lot! The baloon level was not too hard?

Spoiler
Btw, what's with the area behind Grey Wolf's house?

Maybe this will be explained in the next game! c:

Also tagged with one or more of these keywords: action, adventure, story, puzzle

2 user(s) are reading this topic