43 replies to this topic

Thanks for posting this.

Now that I thought about it, I do remember going through a thread in which Avataro posted (I forget which one) and saw that he was marked as "Banned" on his profile.  I was concerned when I saw that.

It helps to know why (without knowing every nitty-gritty detail).

It's a shame that it takes a ban to force you to cool down over stuff...

But that's how humans can be, I guess.  Human nature is sometimes a hard thing to get over.

Glad to hear it got reduced.  As long as he understands the reasons of the ban and no longer acts in that manner, we'd love to have him back.

That image should have been around back in 2006-2008. #Suburbia and the debate forums were drama mines.

This is all a storm in a teacup.  In real life do people get sent to jail for giving each other a piece of their mind in private?  Not unless death threats are involved.  And if someone is communicating in a way that you find offensive then can't you just block all communication from that person?  Problem solved - no need to get into all this ban business.

As for "drama" - some call it that but others call it "free speech".  In the medieval times, there was a famous scientist who proclaimed that the earth is round.  The church had him burned at the stake for being a heretic and stirring up drama.  How dare he say the earth is round when we all know that the earth is flat.  But if it had not been for the drama that that idea caused where would we be today?  My point is that "drama" is necessary in order for a community to get rid of old ideas and embrace new ones which are more beneficial.

The policy of no drama is already costing this community even if not enforced by the staff and is a "self-imposed" thing.  Recently, I asked one of this game's best and most talented designers why they recently cancelled a quest that they were making.  They replied it was because of "real life issues" and when I pressed them to elaborate they said they needed to work to pay their bills instead of making the quest.  I suggested they find a sponsor for their quest by making a thread about it.  They didn't want to and I got the distinct impression that it was because it would stir up drama and they could end up very unpopular.  I made the thread about sponsorship on their behalf and now they know for sure that that isn't a viable option but the thread did cause a little drama at the time.  Point is that drama can't be avoided if new ideas are to be tried and experimented - it is the price of progress.

As for "drama" - some call it that but others call it "free speech".  In the medieval times, there was a famous scientist who proclaimed that the earth is round.  The church had him burned at the stake for being a heretic and stirring up drama.  How dare he say the earth is round when we all know that the earth is flat.  But if it had not been for the drama that that idea caused where would we be today?  My point is that "drama" is necessary in order for a community to get rid of old ideas and embrace new ones which are more beneficial.

Even so, 'drama' is the word for discussion that gets kind of out of hand. Sure, you can say what you want, but, frankly, there's no excuse for insulting someone when there's an alternative (and there is always an alternative, unless, I suppose, they ask you to insult them.I guess you could refuse, if that's not an insult in itself). Free speech is not a justification for opinions, either, just a justification for relating them. Anyway, off-topic

The thread you mentioned wasn't something I'd necessarily call 'drama' either, though it got a little impassioned, because there was useful discussion going on and it (mostly) got by without much insulting going on.

Except you can't block people as staff. It goes against the entire point of being staff; and staff shouldn't have to step down just because one person hates them/is harassing them. At the same time, staff are people too, and shouldn't have to deal with coming home every day to find a PM telling them how awful they are. I wouldn't call this drama; I'd call this "taking things way too far".

On the other hand, this did result in an (overall) positive change on ban's being more transparent, so you might have a point. But I don't think harassing the staff is justifiable on any level, regardless of if it helps create change.

I see a lot of comments in PureZC talking about how the forums are dying and give many reasons as to why it is (often pointing fingers unnecessarily and unfairly at staff or 'the bad apples of the community').

I've seen forums come and go in the past, and literally every time it always boiled down to "losing interest", and nothing more. If there is anything that's causing interest in these forums to decline it's literally the novelty of Zelda Classic 2.50 being gone years ago. These forums would have been a crypt ages ago if ZC 2.50 had not shown up when it did.

I'll first chime in on the PureZC is dying phrase.  I've heard it for years, going back to much of PureZC's existence.  We are still here.  So based on perspective, it doesn't bother me at all, nor should it really bother anybody who doesn't believe it.  I mean, anybody can claim this or that, but this or that should be taken with a grain of salt.  I think our continued existence speaks for itself, adding to the fact that the community is very much on discord these days.  I think that is significant enough to not be ignored, unless one is simply unaware of it.  Now I would agree that PureZC, at least on the forums, is less active than it used to be, but I find that to not be the same thing as the community dying.

We probably don't all see the word drama by the same definition either.  To me, without referencing an official definition, it's something more emotional or passionate, like what you might get on a soap opera (do people still watch those?).  It's often conflict that gets out of hand.  Simply keeping people informed about bans is probably not drama in and of itself, just like providing information in general isn't.  Nonetheless, providing such information runs the risk of drama, depending on who is involved, and whether or not people choose to create it.  As was explained back at the beginning of the topic, this sort of transparency provides the benefit of keeping the public well enough informed to prevent us from being misunderstood in our actions, despite the risk of potential drama.  Those who are most owed such an explanation are friends of those who received that ban, along with those who have worked with them on projects.  But this would still likely include others who we may not be aware are owed such an explanation, and thus the public information.  You could also argue that keeping the information private runs the risk of even worse drama when staff are misunderstood due to remaining mostly silent over it, as this can lead to conspiracies about us.  Thus drama is arguably inevitable.  Some drama is created simply by trying your hardest to avoid it.

Great creators have a lot of pride, so it's difficult to give respect to each other. On Japanese internet, I have seen a lot of troubles they encompassed, too.  Sadly, I know one RPG Maker creator killed himself (he is one of my favoriteRPG Maker creators) by trouble, it was a worst case though possible. Some troubles are inevitable by human's nature, however worst case must be prevented.

If they banned people for causing Drama, I'd have been gone years ago!

Play shit games, win shit prizes.  The goal of being a member of a community is to be decent.  There are always ways to solve a conflict without introducing drama. 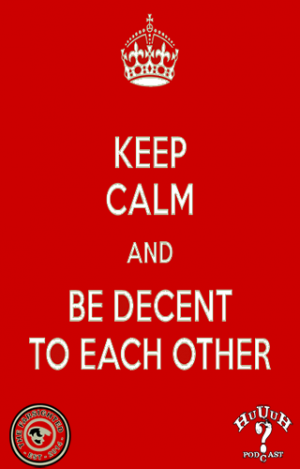 It was kind of a misunderstanding, and as a result I threw mean words at staff in private. I'm sorry for it. It's unlike me and won't happen again to anyone.
Since they took the matter into public, lemme explain what happened. I thought that Lunaria was unrightfully perma-banned because of a personal grudge by staff. A few things pointed to that: First, in the past she made it seem like this was the case and I was friendly with her and believed it. Second, the reasons for her ban seemed unclear, and I still don't agree with all of them. And third, in the past some members of staff showed disrespect towards her after banning her.
They are now finally more open about it though. If you're interested in hearing their story on Lunaria's ban, you can PM staff members now and they'll let you know what happened.
Some of the things they said in this thread about me I don't agree with. I wasn't trying to make myself a martyr or whatever. I didn't mean to "knowingly and willingly" break the rules. I was mad at the staff because of some misunderstandings. I wanted them to be more open, but went about it the wrong way.
They're really nice guys. Aevin even accepted my apology. While this policy change is a step in the right direction, I wish transparency could be improved on more and also let the community have a say in things (not talking about bans). That's kinda offtopic though.
Sorry for causing drama and please dont give me any attention!

Yeah, we're cool now. I've never been one to hold grudges, and I think it's a good philosophy for everyone to look forward to the future and try to improve, whether that be members or staff here, or just in our personal lives. Glad to have you back, Avataro.