Probably not. I have no clue what to do about it, or if there's even anything that can be done without significant changes to Allegro. I may put up modified executables to try different things, but that's assuming I can think of any.

I would like to say that MIDI functionality on the Mac is a bit screwy as well. But if there is nothing you can currently do about it.....

Hey, there you are. I tried removing the controllers from that MIDI from Hero of Dreams; could you try this one and see if it has the same problem? dream_on.mid

What other problems are there on Mac?

I'm not sure if this is a bug or not, but Autowarps set to FFCs don't seem to work any more. ): (I used a script to set that combo to it, if it makes a difference)

Seeing as you have one sound glitch, I am hesitant to mention another, especially when I'm unsure how to isolate or replicate it at need. I do feel that I should submit it though, so I'm posting to report that after loading an exiting RC4 several times, loading another instance of it will on occasion run with no sound, as if it cannot access a library or extension, or whatever Windows-7 uses.

When this happens, exiting and reloading RC4 does not repair the sound, but when I load RC3, it has sound. This does not, however, repair the sound of RC4: Only RC3 (when doing this) has sound, and if I exit it and load RC4 again, I am greeted with flickering, silent flames.

The sound is also absent from all games, so unless a prefs file is corrupted, I can only guess that some shared resource isn't being shared correctly. I'm going to make a duplicate RC4 install, copy my sav.dat and games files, and see if some other file was corrupted by anything that I did, but I highly doubt the probability.

This is happening on a Intel Atom system running Windows-7; the only other applications open are Firefox, and Windows Explorer/Allegro (GUI file hierarchy, not web browser, although knowing MS, they probably use the same resources).

In any case, I will report my findings in an edit, or reply, if there are responses in the next few minutes.

Update: I created another directory, expanded the RC4 zip into it, and ran it as a clean installation. It also had no sound. I'm going to examine the running processes to see if anything from RC4 did not halt when I last closed it.

Update II: In Taskman, I found an instance of ZC still running, that was not actually running. In the processes, I found four instances of ePSXe.exe that were running after being closed. I killed all of these, and bingo: Sound returned. I know I have seen ZC running as a ghost process before without problems, so I think that ePSX3e is the cause of the conflict.

I opened and closed RC4 again, but the ghost process did not return. I will hope to be able to replicate this bizarre happenstance and report my findings.

Update III: I was unable to duplicate this... I trued reloading ePSXe.exe, running ZC RC4 alongside, and both had sound. I tried to get ePSxe.exe to crash and leave an instance in the process list, but it kindly refused to cooperate. I guess this will just be a known, potential problem, but not a serious bug.

It may have been the ghost instance of ZC behind the problem (I have no idea what caused that), although I am sure that I had a ghost ZC process before and still had sound. Do with it as you will, but I'd rather report it as a potential conflict than ignore it, in case anyone else ever has the same issue, so that they will have a possible resolution to try.

Addition:
I also find that the border randomly flashes and transforms from black to pink during play. A BG process may be the cause of this, but I'll edit this post with a screenshot ASAP so that you may see what I mean. 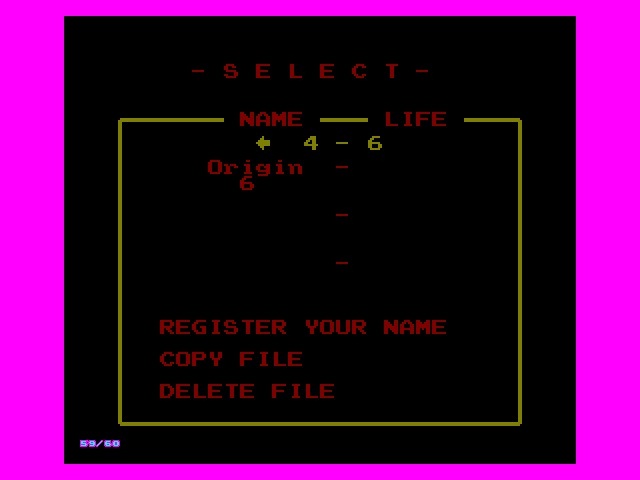 i have the real 2.5 but it does not work with it,how do you copy enemies in the real 2.5,not the beta

It should work in the final release of 2.5, which is what everyone should be using.

RC4 is old news at this point. I think all energy at this point should be focused on the official release of 2.50, and any associated questions and concerns about it should be directed toward its corresponding topic(s). To prevent any confusion between these topics, I will now close this one. If anybody thinks there is a conceivable reason to keep this topic running, you can PM me about it, and I will take that into consideration.