12 replies to this topic

Another day, another major Yuurand update. Aevin and I would like to present Yuurand: Entangled Eclipse, the 6.0 update. As always, we've got a slew of new features for you.

The Solstice Labyrinth
For the first time, we'd like to introduce a labyrinth built by someone outside of the immediate Yuurand dev group. Lunaria has constructed this new Labyrinth, with the major theme being ascending elevation. Rise to the heavens above and the earth below as you seek to unlock the Lunar Tower. This update includes a custom seed she's created, titled "The Solstice Tower", intended to be a default item layout for the labyrinth, as if it were a standalone title. 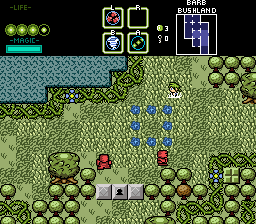 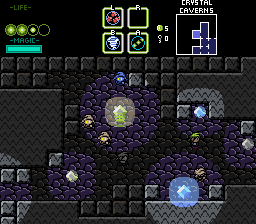 New Fragmented Areas and Options
We've got a whole bunch of new areas for you, including areas created by Aevin, Moosh, and Lunaria. In addition, Fragmented runs now allow you to choose which labyrinth sets to draw areas from. Tired of getting herded into early City of Grief? Just disable Reikon areas and you're on your way. 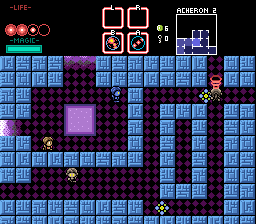 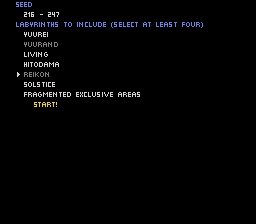 New Game Modes
Three of them, in fact! These modes will all unlock after earning the achievement for completing three runs (decreased from the slightly absurd ten runs last update). Beating any of them will unlock something nifty.
- Partner Mode: All the fun and overpoweredness of finding partners without any of the downsides of Roguelike mode. For those who want to crush game balance beneath their feet.
- Soul Hunt: This mode randomly distributes anywhere between 1 and 30 souls (the exact number can be set by the player) throughout the Labyrinth. The door to the final boss will open once a set percent (anyways from 5 to 100, and again this is set by the player) is collected. The final boss will not have any bonuses from bosses left alive, so there's no need to worry about taking every boss down once you have the souls.
- Ayn Yuurand: What use is charity? It breeds sloth and causes the donor to devalue himself. Money shouldn't be handed out freely. Instead, people should be rewarded with coins solely based on their boss-killing merit (at a free market rate of 10 coins per boss, of course; anything else would wreak of regulation). For a full set, people will simply have to venture into challenge areas; anything less shows that they do not value themselves and have made themselves a slave to others. A few challenge area items may spawn in the main labyrinth as a result, but such is the price of a capitalistic society. 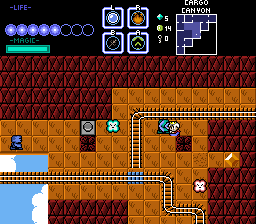 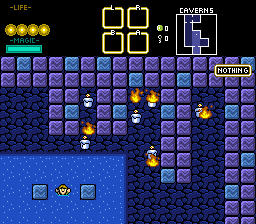 New Characters
When we last updated back in June, we offered new characters to those who could complete the achievement board. Three individuals managed to do so: Evan, Twilight Prince, and Ether. Ether turned down the offer for a character, while Evan, who has several already, offered his spot to HeroOfFire. As a result, I'd like to introduce two new characters: Sona, the protagonist of Twilight Prince's Solace Artema, and Wanderer, the protagonist of HeroOfFire's Dreams of Distant Destinations. 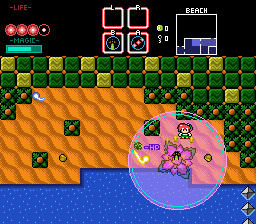 Sona specializes in damage over time, unlocking boosts to Light and Earth. Her weapon, the Verdant Blade, can be planted in the ground to create a Guardian Field, confusing and damaging enemies who wander into it. If she takes damage, she will gain a buff that boosts her defense by 40% for several seconds but has a 40 second cooldown afterwards. This is ideal for bosses that like to multihit or juggle you with attacks. 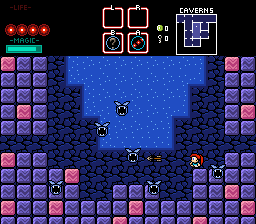 In Dreams of Distant Destinations, no two protagonists are rolled the same. Similarly, no two Wanderer runs are the same. She rolls her signature, Weapon of Choice, from a pool of several possibilities. Furthermore, while her 50 coin upgrade is fixed at strong metal, her 30 and 80 coin upgrades are pulled from a set of 15 possible combinations, all encouraging a particular element use or play style. Her MP will rapidly regenerate if below 10% max, meaning she can usually cast weak spells or use MP-consuing Weapons of Choice, even in a prolonged fight. As Wanderer is really more of a title than a name, and multiple Wanderers are playable in Dreams of Distant Destinations, she has an alternate costume which allows for playing as her male counterpart.

There may also be other characters to unlock...

New Story Mode
A new story has been added to this game. This particular story, which eschews the traditional structure of Yuurand story modes, is rather involved and is canon to the Yuurei series. We've been discussing this particular plot since 2018 and hope fans of the series will enjoy it.

And More!
In no particular order...
- Seven new achievements have been added.
- A character palette swapper exists as a reward for a certain achievement.
- A few new bosses may have found their way in.
- A few characters have been rebalanced, most notably Emily, who no longer can spam uncharged homing shots.
- Chaos has been rebalanced and has a few new tricks.
- A new costume has made it in.
- Jake's battle has gotten a touch up to make it less cumbersome.
- A custom seed by Prince, Thunder Strikes Twice, has been added.
- A special custom seed, titled "Oops, All Sky!", can be unlocked after completing the new labyrinth.
- Several quality of life fixes have been added. Most notably, seed can be randomized by pressing B rather than A.
- Some global script changes should result in less lag and smoother scrolling backgrounds. 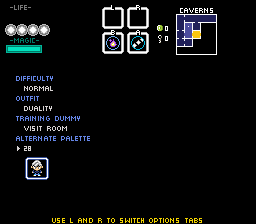 Important: READ BEFORE YOU DOWNLOAD THIS UPDATE
This update will break existing save files. To carry over your current achievements and unlocks, before updating, navigate from the main menu to Passwords->Display Password. Copy down this password. If you take a screenshot, make sure to press Shift+F12, as ZC may crop off the top of the screenshot (which contains the password) otherwise. Once you have the password, update Yuurand and create a new save file. Go to Passwords->Input Password and enter the password. This will carry over all of your progress.

When you're ready to update, you can download the quest from the quest database page here.

I have to say, this update adds much more to Yuurand than I expected it to. I won't spoil anything, but let's just say there's a LOT of content in this update. You are all going to enjoy yourselves greatly!

It's seriously impressive what you all have managed to do with this quest. I would have never imagined something like this coming out of ZC in the earlier years.

Boy let me tell you about this eclipse. It's entangled alright. Oh boy is this eclipse entangled. Want to know how entangled the eclipse is? Play the update, man. What does any of that mean? I dunno, just play it.

This is the hypest I've been for a Yuurand update yet.

I'd also like to give a quick plug for our Discord server, The Labyrinth. If you're a fan of Yuurand or the Yuurei series, or you're just looking for a cozy place to hang out, we'd be happy to have you. We do streaming and races, some quest development projects, and have the latest news and quest updates for Yuurand. It's also just a friendly bunch of people who talk about all sorts of interesting topics.

I plan on doing a dev commentary stream at some point in the future, I have not yet decided if I want to do that on the discord server or on twitch RN (twitch is being pretty bad with DMCA shit RN). So if you're curious at what went into making the Solstice labyrinth then you should hop into the discord server so you can get the latest head ups for when the best time to do that is.

Does this mean you're going to do another race with the new labyrinth?

In all seriousness, I'm surprised this happened considering the fact that you'd previously indicated no inclination to anything of the sort.

I have to wonder whether there will be an independently released quest with this new labyrinth as the basis.

I've been looking for a quest to do next after my current LP and this tempts me.

I'd probably play in whatever difficulty is below normal and without a story (because reasons).

I've not tried most of the ones available, though I'm aware of a few which wouldn't fit my play style. (Cough- Horizon)

In any case, I will probably try this out before long.

Does this mean you're going to do another race with the new labyrinth?

In all seriousness, I'm surprised this happened considering the fact that you'd previously indicated no inclination to anything of the sort.

I have to wonder whether there will be an independently released quest with this new labyrinth as the basis.

I've been looking for a quest to do next after my current LP and this tempts me.

I'd probably play in whatever difficulty is below normal and without a story (because reasons).

I've not tried most of the ones available, though I'm aware of a few which wouldn't fit my play style. (Cough- Horizon)

In any case, I will probably try this out before long.

I don't think there's any "intended" character for the Solstice labyrinth, so feel free to pick and choose one that suits your play style. If you're not aiming for story modes or anything, then I would recommend playing it's official seed (The Solstice Tower) for the best feel of how the labyrinth was intended to go.

In all seriousness, I'm surprised this happened considering the fact that you'd previously indicated no inclination to anything of the sort.
I have to wonder whether there will be an independently released quest with this new labyrinth as the basis.

After last update earlier this year, I finally sat down and played the Living Labyrinth, which is the big thing that inspired this. I have had my opinions in regards to this series for quite a while, but I really do dig Yuurand for what it is, even if I mostly only play each map once and that's it.

As for an independent release..., no, that's not very likely. This entire thing was built within Yuurand for the intentions of being played in Yuurand, that is to say, it was designed from the ground up to be randomized and be in this randomizer. I don't really know where I'd begin if I were to try and make this a standalone thing. That is kinda why I included a premade seed with all items placed as a "canonical" experience, for if it was standalone.

Is there a character for which the Solstice Tower is intended?
I've not tried most of the ones available, though I'm aware of a few which wouldn't fit my play style. (Cough- Horizon)

Like prince said, there is no intended character for this, so you can pick whatever you want.

While there's no intended character, definitely go with Rhone. His abilities help mitigate the most difficult area in the labyrinth and you'll definitely want that because this is one of those cases where changing the difficulty level doesn't really help much. Plus if you're playing on Relaxed, extra defense is probably more valuable than damage.

Here is the VoD for the stream with Solstice developer commentary: Link

It was a pretty quick run because all of the spells were early and stuff, but I think I got to talk about most of the things I wanted to mention during the course of the run. It's also serviceable if you just want to see what the solstice labyrinth is like without playing I suppose.

Back to Zelda Classic Expo: Fall 2020