Hey guys, sorry for the lack of updates! Admittedly that's because I've been busy with a lot of things that take higher priority than Zelda Classic right now, but that doesn't mean I haven't touched the quest since the last update. I made progress here and there and things should pick up again soon enough. Here's a rundown of what's been done in the meantime since the last update: I'm still deciding on how to tackle the intro sequence, but once I have an idea it shouldn't take too long!

I don't really like making purely worded updates, so have two screens. 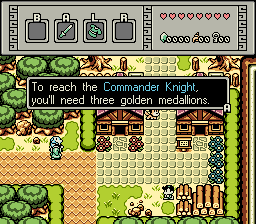 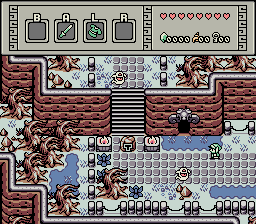 Man, this quest looks so good and fun to play. Can't wait till it's done!

And it still seems to me you did quite a lot of work. Don't take it too hard on yourself, real life has the priority :-)

I think that the Blue Ring (or an equivalent item) would make a good reward. In Joe's original version the Odentia tunic (I believe it was white or gold?) had two effects: the Amulet (see invisible enemies) and the Blue Ring (reduce damage taken by half). It always bugged me that the defense update got lost when changing tunics for one reason or another.

I'm so looking forward to this project! Awesome stuff. I'm hoping to help out in major ways too. I guess I'm more comfortable with GB than Firebird so that's an upside.