Screenshot of the Week 703

7 replies to this topic 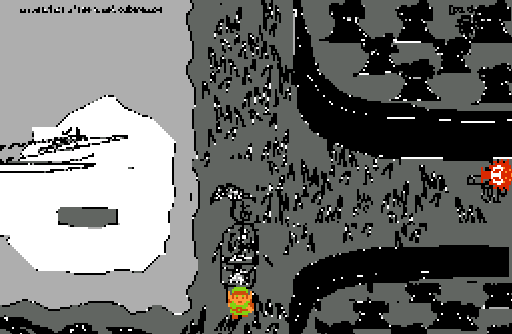 In the vast plains of Sarfhhgga, our mighty hero stumbles upon a lake. Using his wisdom, he decided to swim along the waters until he had found a shrine - which would be the location of his grave. The octorock found in this scripture is the same octorock which would cause our heroes demise. If only he were aware that it would become the Beast of the Deep and eat him a few decades later. If we were to follow the octorock, it would have its own adventure. It would be told that in order to bring peace upon the lands, one must torture and/or eat the hero sent by the Gods. Sadly, the octorock decided to eat him, due to the octorocks tendencies to eat things. It may not have been an easy task - to eat him - but alas, the octorock did. The lake will be where the octorock would spend its final years with its family, They will read literature and possibly create new chapters in their life. It is one to be thought upon, and if our hero were smart enough to kill every enemy on every screen, then he would not have died in this way. Oh well, just collect rupees and grind for the shovel! As my last friend once said, "if eaten by a fiend, just excrete like a friend." My final words will be that, he said. I thought to myself, "how peculiar." How peculiar indeed! How peculiar. Peculiarities are rare in this universe. "The universe shall collapse" says the Enlightened one. Horthred said this to me, and I said to him "accept me." Accept this outcome and you shall no longer to cursed to the holy blade. The blade which would be assumed to be the octorock's mouth, and the death of our hero will no longer suffice. The death of our hero, and the life of a new era - The Godless Era. The era where death and octorocks ruled the world. (made in zc)
Twilight Knight 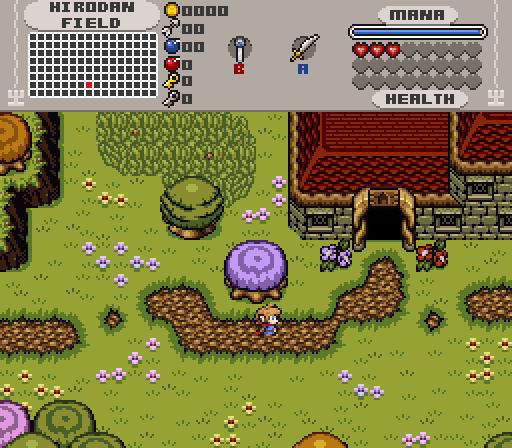 Let's grab a drink here, shall we?
HeroOfFire 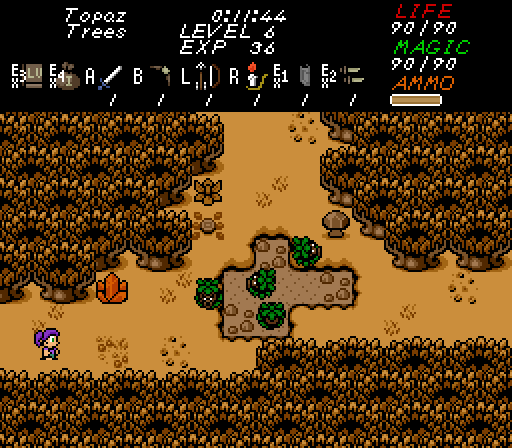 Tales from the Current Contest: I don't think those trees are literally made of Topaz. 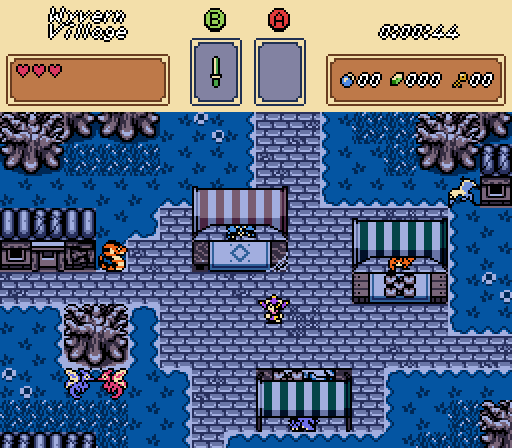 This town seems gloomy since my last visit. I hear the witch burning is soon.
Oooh, am I the witch? Am I getting invited? Am I!? I love fireworks, sign me up!

Twilight Knight
It's a nice screen. It seems like a bright, peaceful area. Not a lot to say.

HeroOfFire
The trees seem repetitive and there's more amber/brown color than I care for.

Dimentio
A pretty creepy and mysterious area. I like the overall design and balance.

I like the feel of Dimentio's area the most. Voted here.

In order to completely understand the screenshot, one must first consider why the description was made, and how it affects a person's perception of said screen.

You cannot comprehend the true form of Joelmacool's submission.

Nulled because Dimentio would have gotten my vote, and I tend to give him a more difficult time than he deserves. lol

Also, my vote here wouldn't have mattered in the slightest, I voted in spirit.

This surely is an interesting style. I actually hope it's not a joke screen, since it would be super cool to see an area done entirely like this in a quest. Though I imagine it will take a lot of time drawing it in Paint for each and every screen, importing it and settings the combos with walkabality and all... Still cool idea, and a very touching story. :'(

I really like the design you have going here: a nice palette, good tileset and very interesting looking subscreen. But to be honest I don't really like the "walls of trees", they were never my thing. They are on the other hand very popular in Zelda (Classic) design.

A great screen in a nutshell. I see a lot of effort and thought has gone into the detailing, while keeping that authentic GB style. I do have to say that it's pretty hard to see some of the NPCs, especially the purple one on the middle of the square. but perhaps it looks better when animated.

I'm not suprised Dimentio has taken the lead a.t.m., I would've voted for him as well. Instead I nulled.

Joelmacool: I have read and considered your literature below your entry and I must say I am quite impressed. When I first laid eyes upon your screen I thought it was quite a mess. I thought it was just modern art for the sake of modern art, but now? I find myself enthralled by the tiny details you've managed to capture within the lore you have carefully crafted. I can sympathize with both sides, that being the fallen hero and the monstrous yet humanized Octorock. Both sides have their own goals and errors and it brings to light the greyness of our world captured quite literally within your screenshot. It instills an emotion I have not felt in years. But to not bring up the feeling of nostalgia for Sarfhhgga would be a crime as PureZC's cult classic DayDay series is finally getting the lore expansion it deserves and sorely needs. DayDay is full of lore unspoken, theories can be crafted for days; it is a marvel no one has cashed in on this.

I was ignorant to your screen and lore at first. I thought you were trying to be silly. But I think I "get" you now. You are a true artist. A true creator. A true player of life. Your mind is a true paint brush and you make the world the canvas. The sky's not even the limit for the likes of you. This Beast of the Deep is you, in the deepless amounts of creativity, eating away at boundaries to create true art. But you are also the hero that has been eaten by the monster known as social norms, we are the true monsters after all.

Twilight_Knight: I really like this screen, everything feels carefully placed and has a nice open feel to it.

HeroOfFire: I agree with the others about the trees, though I love the colours you have quite a lot.

Dimentio: Love the town square vibe I get from this unique town. The gloomy feel makes it perfect.