it's been a while between progress updates, so i thought i'd show off what's been happening lately. some of this may be familiar content if you're in the zc land server.

i've been crunching away at bugs and quality of life things. some of it's been about overhauling scripts, adding new scripts and making sure everything works, while other stuff has included just re-working certain areas. moosh and mitchfork have been crucial with the scripting stuff; the former has re-written a ton of old scripts to better suit 2.55 and this quest, while the latter has been kind enough to share new and revised scripts he's been working on for crucible crest and porc.

for a start, one of the early mini-dungeons in the undershrine has been reworked from the ground up. 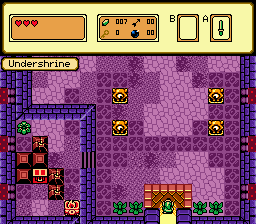 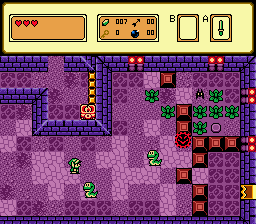 the boss, map shape (its still amogus its ok) and a few other bits and pieces stayed the same, but the remaining areas were overhauled completely. a lot of this is to do with the fact that since i started designing the dungeons about a year ago, not only has my skillset improved, but so has the arsenal of scripts and 2.55 tidbits that i have at my disposal. a lot of puzzles i'm implementing now don't appear until you're well into the quest, so i want to bring them in earlier.
three of the five mini-dungeons in the april demo - undershrine, rotted stump and glen heights cave - all followed similar development paths. very quick, very zelda classic in terms of design.
the new undershrine still has that early game dungeon feel, but it incorporates elements like moving platforms (thanks moosh!), buttons that need to be stepped on, instead of just forcing the player to walk around in a big, vague loop. the other two i've mentioned will be redeveloped eventually too - i want rotted stump to be much more puzzle-oriented, while glen heights will be a bomb-friendly dungeon, tying in to its boss theme.

another huge overhaul comes in the form of the overworld map, courtesy of mitch: 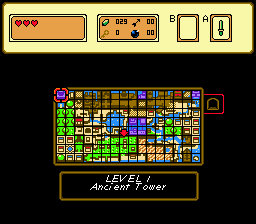 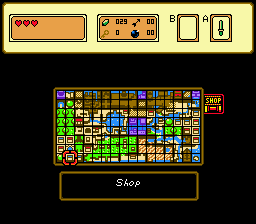 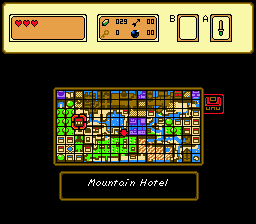 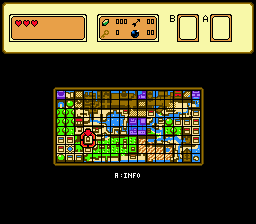 it's crucible crest's map system - so basically the gb map in zc. you can scroll across the map, use A to check locations, and certain icons will appear depending on what's in the area. very cool, very fun. mitch i cannot state enough how great a script this one is. so much more usable than the old overworld map, and it gives the same amount of information with about a third of the space used. 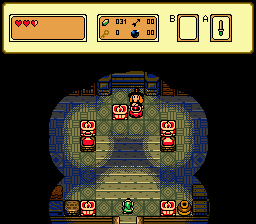 still early days in getting this up and running, but feedback from the testing crew has been that potions are too far and few between, and too expensive for what it's worth. i may implement a letter system eventually but for now the witch's apothecary is the cheapest, and best place to get your potions from in the quest. 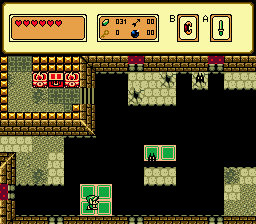 there's a few things i need to work out. boss designs, cutscenes, and then i also have to wrap my head around how to make dmap scripts work. those big things aside, it's come together really well, and most importantly it plays like a classic gameboy zelda dungeon.

finally, to everyone who's tested so far and provided feedback, thank you so much. i'm still figuring out how to make this quest play good but i think it's getting there. big props to jwex001 and ether for their contributions especially.
also mitch and moosh again for providing so much in the way of scripting. there's no way this quest would be coming along so well without your efforts particularly!

You are most welcome Taco Chopper, I cannot wait to see what comes next and for the final product.  Thanks for allowing me to assist you on this.

Keep up the great work.

damn crazy you did this all back on april 11th

damn crazy you did this all back on april 11th


Yeah I forgot to post it all until now. The progress updates have been lacking lately