The Future of My Projects


5 replies to this topic

Seeing how sporadic my updates and quest releases have been recently, I feel I owe an explanation as to what exactly I'm working on, and what I will be working on, for those who are curious.

Currently, I have two projects, Silhouette of Panic and The Darkness Within. SoP is moving at a slow and steady pace; TDW within, however, I hadn't touched since December until yesterday.

So here's the plan. Looking at TDW, I'm dissatisfied with it. It just doesn't seem up to par. But, I've invested too much time in it already. So I'm going to finish it and release it, whether or not I think it's at its full potential. However, I've come to the realization that the False Light trilogy really doesn't have enough storyline to be dragged over three games. Sure, I won't be able to incorporate my big plot twist, but one plot twist doesn't justify an entire third game. Thus, TDW will be the final game of the False Light series (maybe I should call it a Duo?).

So those are the short term plans, at least. After SoP or the SiB sequel gets released (whichever happens first), I'll probably start on some new project. Or maybe I won't. I've got several plans running around in my head, but honestly, it's too far in the future to say what I'll do for certain. But hopefully, this at least clears up what's going on right now.

If you don't mind me asking, what part of TDW are you unhappy with? Is it just the storyline, map design, or what?

Mostly map design. My biggest fear with the story is that it's too complex for people to follow, but I'm fairly happy with it. But with the maps... it's designed around a bunch of islands you visit, but I can't help but feet I've really pulled it off badly, that the overworld areas are far too small and the dungeons are far too boring. It could just be me being self-critical (I tend to think my stuff is going to be met with a lot more criticism than it really is), but still, when I look at my original plans for TDW, and then what it is now, I can't help but ask "Where did I go wrong?" 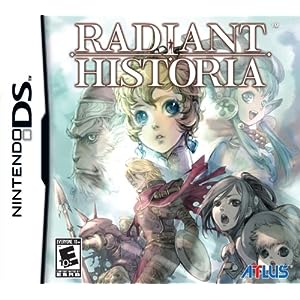 May I suggest that for your new project you could try another tileset? I've seen plenty of Pure and DoR by you and it's all cool and everything. I'd just like to see you make something new/fresh. How do you like the GBC tilesets? People tend to make nice stuff with them without investing too much time or whatever. You should be good with these tilesets eventhough they are less advanved than what you tend to work with.

Hm... possibly. I'm actually considering using a custom set for the SiB sequel. I'll most likely use DoR as a base (so I can use its palettes), but it will probably use mostly ripped tiles and whatnot that aren't in any current sets. GB might be interesting to do something with, just as a small side project. You've got me thinking now actually...

Back to Underneath the Armos